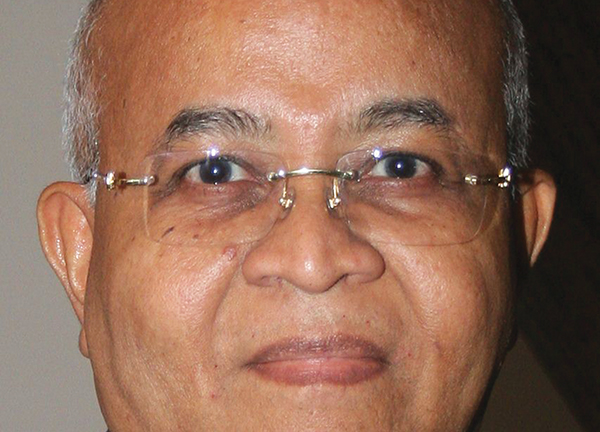 The photo above is of Arnold A. Auguste. Photo courtesy of Share newspaper.

The venerable journalist and entrepreneur, who is recognised by many as the African Canadian community’s most vocal, passionate and effective civil rights advocate, will be presented with the Award on Saturday, February 20, at the ACAA’s 32nd. annual gala, celebrated as the most prestigious BHM event in Canada.

“I will be delighted to accept this award from you and your organization which, in itself, has served the community very well by showcasing deserving members of our community,” he told Michael Van Cooten, the Founder, Chair and CEO of the ACAA, who contacted him about the tribute.

The ACAA, established in June 1985 and which has evolved into one of the Black community’s most prestigious and distinguished honours, has celebrated and paid tribute to over 350 high-achieving African Canadians.

Auguste, who migrated from Trinidad and Tobago in 1970, began his career in community journalism at Contrast newspaper in 1972, studied journalism at Ryerson Polytechnic Institute (now named Ryerson University) and started Share, out of his apartment, in April, 1978.

Now in its 38th. year of existence, Auguste, through steel-infused will, dogged persistence and unflappable perseverance, has built his publication into Canada’s oldest and most successful African-Canadian/Caribbean-Canadian newspaper, and one of the country’s largest and most respected ethnic publications.

Ever humble, but tenacious when defending his community, Auguste has been quoted as saying, that Share gives him and other community journalists and commentators the opportunity to address issues of concern to the community and provide positive stories that could be encouraging to the members of the community, especially the youth. 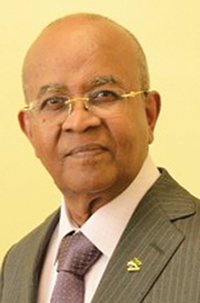 In 2012, Auguste was honoured for journalistic excellence and his steadfast commitment to his community, with a ReelWorld Film Festival Visionary Award.

The award also recognized him for “making significant contributions to the Canadian film, television and media industry by opening doors and changing the industry’s landscape”.

“My passion to serve the community in the field of journalism has never waned, and I enjoy the opportunity to be able to tell our stories in a very positive way,” Auguste was quoted as saying, at the time.

And Tonya Lee Williams, Founder and President of ReelWorld Film Festival, added, “Share was the only newspaper that connected me to the Black community when I was a young girl.

“I had no idea of anything that was happening in the community until I picked up that paper, which was also one of the first to recognize me for my work in the entertainment industry back then.

“This community has a lot to be grateful for, that this paper (Share) is out there. I am in awe and I celebrate anyone who can keep any business going for more than 30 years. The Visionary Award is for people who don’t get very much recognition. It’s for those people who are behind the scenes doing really tremendous things that impact our community, but are rarely in the spotlight.”

In addition to Auguste, another long time community stalwart and volunteer, Ned Blair, will also be honoured at the ACAA BHM gala.

For over 44 years, since migrating from Guyana, Blair has dedicated his life to volunteerism and community building, for which he will receive the ACAA 2016 Excellence in Community Service award.

His abundance of energy and strong motivation, coupled with effective communication skills and a sincere interest in people’s welfare, have earned him the respect of his peers and the community, at large.

“I love serving my community. I approach this task with a sense of optimism and a passion for success. I rarely fail,” says Blair, who is currently the Vice-president of the National Ethnic Media Council of Canada.

One of his most significant accomplishments is the establishment of the Organization of Black Tradesmen and Tradeswomen of Ontario (OBTTO).

It solicited government funding to train black youth in the skilled apprentice trades. As a result, many young men and women, who were abandoned by the educational system, are now gainfully employed as apprentices and trades people in the construction industry.

The Ministry of Skills Development subsequently introduced a very successful apprenticeship program in the secondary school system that was based on the principles of OBTTO. 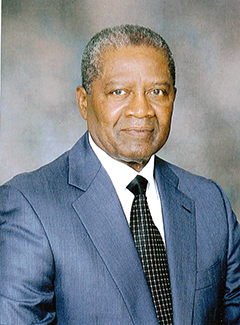 Blair still serves as president of the organization and, to date, over 800 youth have benefited from the program. The project was later expanded to include other kinds of industrial training, especially tool and die, electrical and motor mechanics.

After successful treatment for prostate cancer, he formed the African Caribbean Cancer Forum in 1999 and organized an awareness session, annually, for minorities, with assistance from the Canadian Cancer Society, and speaking participation from experts at Princess Margaret and Sunnybrook Cancer Centers.

Joining Auguste and Blair in the spotlight, will be 12 other high-achievers, who will also be honoured with ACAAE recognition at the same event.

The 2016 ACAAE gala will be held on Saturday, February 20, at the Jane Mallett Theatre, inside the St. Lawrence Centre for the Arts, 27 Front Street, East, in downtown Toronto.