Robert Battle, artistic director of the renowned Alvin Ailey American Dance Theater, is keeping his promise to expand the inclusiveness of the company.

In an interview in the New York Times in 2010 after being selected by then artistic director, Judith Jamison, to succeed her, Battle, who assumed the position in July 2011 said, in part, “Alvin Ailey has always been about inclusiveness. I intend to open the arms even wider than they are now.”

Speaking with Pride from New York, home of the company, Battle says he has been doing this in a number of ways. 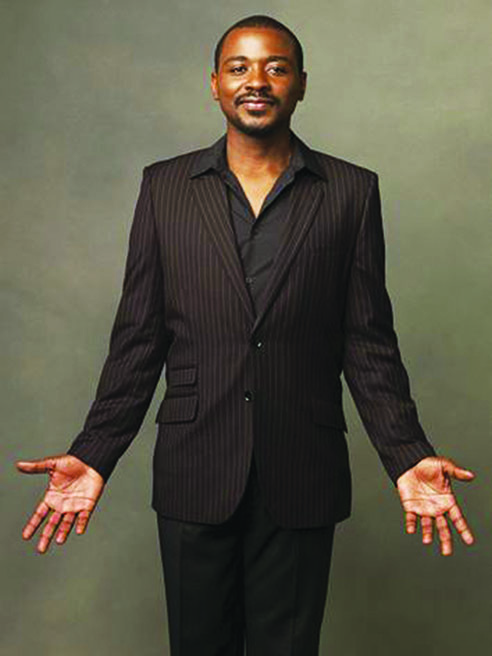 He started The New Directions Choreography Lab which is an opportunity for choreographers, especially up-and-coming and mid-career, to get studio space and to get a creative advisor along with seven weeks of play time in the studio with select students from The Ailey School.

“That’s just to foster creativity, the next generation of choreographers. That’s also another way that the door has been opened wider.”

When he was 12 years old, he saw the signature work, Revelations, created by Alvin Ailey in 1960, which resonated with him.

Now that he is the artistic director of the beloved cultural institution that will feature some of its new productions, classics and Canadian premieres in Toronto during its North American Tour on March 4 and 5, Battle says he is grateful.

“It’s an incredible responsibility but it’s really just a magnificent opportunity to make sure that this amazing company and organization continues to impact communities and artists and audiences all over the world. So, I thank Judith Jamison everyday for choosing me to succeed her,” says Battle who is 43.

He also said that knowing the history, that it was founded in 1958 by Alvin Ailey on the brink of the Civil Rights Movement and what that meant in terms of what the company stands for, it is really quite marvelous.

Jamison, artistic director emerita, describes Battle’s movement vocabulary as being very diverse. He says his choreography is inspired by people and people-watching sometimes.

“I’m also inspired by the works that I’ve seen before, the works of Alvin Ailey, Martha Graham, Paul Taylor, Donald McKayle. That’s really a big part of the influence of my work but also I studied martial arts as a child so I see those influences in some of the arm movements and some of the stomping into the ground, some of the falls. It’s a sort of gumbo of different influences on the work.”

A frequent choreographer and artist-in-residence at Ailey since 1999, Battle has set many of his works on Alvin Ailey American Dance Theater and Ailey II, and at The Ailey School. The company’s current repertory includes his ballets “No Longer Silent” and “Awakening.”

“Awakening” is Battle’s first work that he choreographed after becoming artistic director. Its world premiere was last year in the U.S. and Canadians will see it for the first time at the matinee performance on March 5 at the Sony Centre for the Performing Arts.

Battle says he chose the title, “Awakening,” because he was thinking a lot about the sense of ritual, a rite of passage.

“The first section is to me very reminiscent of some of the images I saw during September 11, “Nine Eleven” here in New York City that I was watching on the news — just seeing people run between buildings and not knowing quite where they’re running to or from. That’s depicted in the first section and then them coming together in a club so that they are safe, but one person being born out of the club, almost like out of the womb of the community to lead the community.”

The second section shows this person being exalted.

“Awakening also has a personal meaning of thinking about the first moment you witness something so beautiful, so striking, that even though it goes away, you’re still left with the enlightenment. The same way the curtain went up on “Revelations” that many years ago when I saw it. That was an awakening. Once the curtain went down, I was still up because of that experience.” He says it is very propulsive and very ritualistic.

Rachael McLaren, born in Manitoba, Canada, has been a dancer of the company since 2008 and will be performing in some of the works here in Toronto.

She began her formal dance training at the Royal Winnipeg Ballet School. After graduating from high school, she joined the Toronto cast of “Mamma Mia!”

McLaren moved to New York City to study at The Ailey School as a scholarship student and later joined Ailey II. She has performed works by Karole Armitage, Dwight Rhoden, Francesca Harper, and Nilas Martins.

“Rachael is just an incredible dancer who just continues to grow in all of the roles that she does. She’s quite something to behold on stage, really wonderful dancer and wonderful company member. She really represents that quintessential Ailey dancer of, of course, very strong technique, but also heart and soul,” he says, noting that he has also worked with Canadian choreographer and friend, Aszure Barton.

Harris, acclaimed hip-hop choreographer, creates a highly anticipated performance set to gospel and house music along with spoken word that explores the idea of “exodus” – from one’s ignorance and conformity – as a necessary step toward enlightenment.

“Exodus was a response to the things that we were seeing in the news, the shooting of citizens in our country, some of the difficulties with police brutality, some of the same fights that have been happening for so many years. Exodus really took its inspiration from those issues and to use hip-hop as a way to express it is quite poignant,” says Battle.

He says it is about transcendence and is quite spiritual, beautiful and deep but also has a certain release at the end of the dance.

Open Door is a result of Ronald K Brown’s visits to Cuba and working with the Cuban dancers.

Jamison’s “A Case of You” is performed to Diana Krall’s version of the Joni Mitchell classic song, A Case of You.

Battle, who was born in Jacksonville, Florida, is also the subject of a new children’s book, “My Story, My Dance: Robert Battle’s Journey to Alvin Ailey.”

He says when he became artistic director of the Alvin Ailey American Dance Theater he was doing a lot of interviews and telling his story because people wanted to know who he was.

Publisher, Simon & Schuster, thought that it would make a great book for young people.

He has watched children look through the book and is fascinated by thinking about what they’re picking up as they do so.

It is a picture book created by husband-and-wife team, Lesa Cline-Ransome, author, and James E. Ransome, the illustrator. The foreword is by written by Battle.

The dancer and choreographer is inspired by the memories of where he is coming from — a bowlegged boy whose great uncle, Willie Horne, described him as being “no bigger than a loaf of bread” when he was born.

“It inspires me daily. It cloaks me at times when I need to be shielded against any type of negativity. It encourages me. It strengthens my resolve to continue to take bold steps into the future, regardless of anything else but the fact that I believe it in my gut.”

He said these memories give him some sense of having a spine that is erect.

“The reason why I continue to tell my story is that it gives me strength to testify,” says Battle who grew up in the African Methodist Episcopal Zion Church.

When he was little he would see people at some point during the church service get up and testify about how they were sick all week and that they prayed that they would make it to church that Sunday morning and they’re feeling better today.

“It could be the simplest thing to the most seemingly life-shattering thing. But they needed to come up and testify and that liberated them by telling their story. And so I think that’s why I’m always telling my story because, yes it is great that it is an inspiration for other people but it truly is a necessity for me.”

Battle says having grown up in the church, he knew something about spirit moving through the body and when he saw “Revelations” that was what he felt.

He says his cousin, who took on the role of his mother, after her mother, his great aunt died, had a group called the Afro-Americans and they would do poetry and songs related to the black experience.

“I would watch them when I was little rehearse in the house and hear all of these poems of Langston Hughes, Maya Angelou, different poets and different spirituals. When I saw “Revelations” it sort of all came together in that work.”

His journey to the top of the modern dance world began in the Liberty City neighborhood of Miami, Florida.

Battle showed artistic talent early and studied dance at a high school arts magnet program before moving on to Miami’s New World School of the Arts, under the direction of Daniel Lewis and Gerri Houlihan, and finally to the dance program at The Juilliard School, under the direction of Benjamin Harkarvy, where he met his mentor, Carolyn Adams. 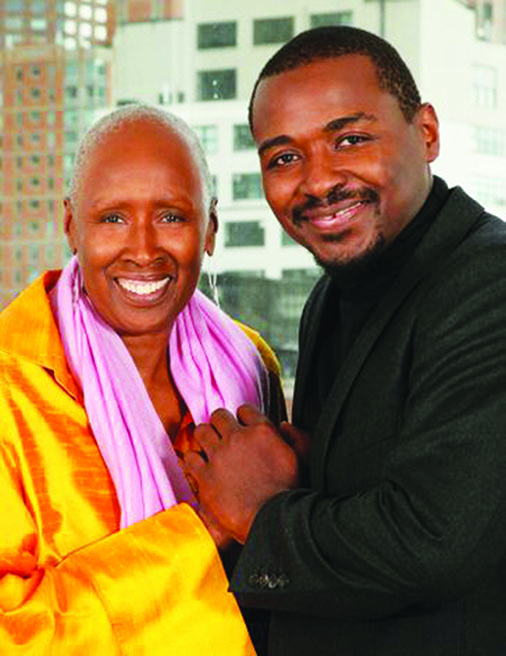 He danced with The Parsons Dance Company from 1994 to 2001, and also set his choreography on that company starting in 1998.

Battle then founded his own Battleworks Dance Company, which made its debut in 2002 in Düsseldorf, Germany, as the U.S. representative to the World Dance Alliance’s Global Assembly.

He was honoured as one of the “Masters of African-American Choreography” by the Kennedy Center for the Performing Arts in 2005, and he received the prestigious Statue Award from the Princess Grace Foundation-USA in 2007.

The artistic director has honorary doctorates from The University of the Arts and Marymount Manhattan College.

Most recently, he was named a 2015 Visiting Fellow for The Art of Change, an initiative by the Ford Foundation.

He is a sought-after keynote speaker and has addressed a number of high-profile organizations, including the United Nations Leaders Programme and the UNICEF Senior Leadership Development Programme.

The Alvin Ailey American Dance Theater will perform at the Sony Centre for the Performing Arts on March 4 and 5.