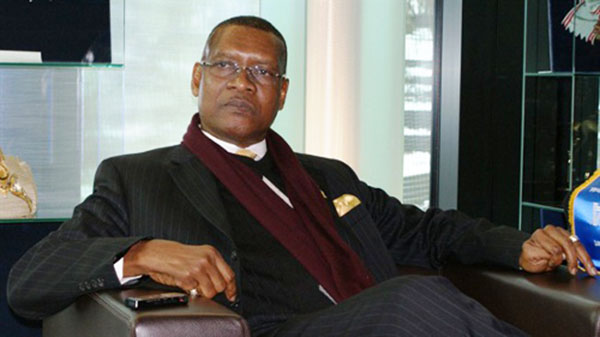 Confusion Over “Resignation” Of Port-Of-Spain Mayor

PORT OF SPAIN, Trinidad CMC – The Port of Spain City Council was not expected to make a decision, yesterday, on the resignation of Mayor Raymond Tim Kee, even as the controversy continues, over statements the embattled mayor is alleged to have made, regarding the death, last week, of a 30-year-old Japanese national, who arrived here in January, to participate in the annual Carnival celebrations.

Prime Minister, Dr. Keith Rowley, who initially had said the statements did not warrant Tim Kee’s resignation, acknowledged, on Sunday, that the mayor ‘s comments were unacceptable and welcomed his decision to step down.

“I feel his comments were clearly unacceptable, but he has stated his intention to resign. As far as we’re concerned, it’s been addressed,” Rowley said, prior to his departure for Belize, where he is attending the two-day Caribbean Community (CARICOM) Inter-sessional summit that begins today. 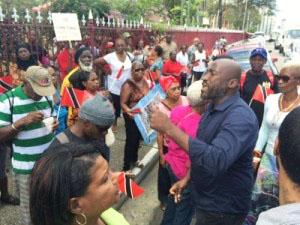 But while the opposition parties and some civil society groups have called for Tim Kee to step down, several people gathered outside the Port of Spain City Hall building, urging him to stay on.

There was also a four-hour vigil ahead of the planned meeting of the Council, with the organisers saying, while they disagreed with the statement, they did not believe that it warranted his resignation.

Last weekend, the mayor had released a statement, indicating that he had “noted the continued outrage and hurt over statements attributed to me” and, as a result, he intended to call an emergency meeting of Council and “tender my resignation as Mayor and as an Alderman”.

But as he emerged from the meeting, attorney and Local councillor, Farai Masaisai, told reporters that there was still no final decision on the mayor’s resignation.

“With the Municipal Corporation Act, there are procedures to follow and the Council is still deliberating on whether or not to accept.

“It’s not a procedure that will happen overnight. I don’t think we will make a final decision today. At the end of the day, half of it (Tim Kee’s decision) is up to the Mayor and half of it is up to the Council, as a whole,” he added.

Tim Kee, who said, over the weekend, that he “deeply regret the consequences of these statements and I apologise unreservedly,” is now reported to have taken to the social network, Facebook, to maintain his position, that his original statement about the death of the pan player had been taken out of context.

A police statement, last week, stated that the body of Asami Nagakiya from Kanagawu Ka Yokohoma-shi Aoba-Ku Aobadai had been found, last Wednesday, on the grounds of the Queen’s Park Savannah.

“An autopsy performed on the body of 30-year-old Asami Nagakiya, has found that death was due to manual strangulation,” the police statement stated, adding that the trained musician had arrived here on January 7, to participate in carnival-related activities.

Her body is expected to be flown back to Japan for burial.