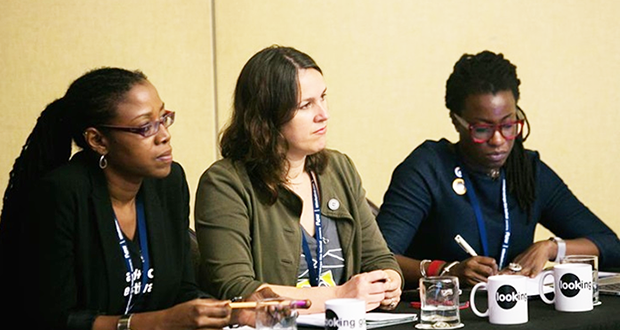 Film On Human Smuggling In The Caribbean Launches Crowd-Funding Campaign

The film on human smuggling in the Caribbean takes a fictional look at a very real issue,” Upczak said. “The film’s protagonist, Zhenzhen, is a Chinese immigrant who is smuggled into Trinidad to be with her brother, Wei, following the death of their father.

“A tragic event leaves Zhenzhen vulnerable and only through the help of a neighboring art gallerist Evelyn and the restaurant’s Cook, does she have a chance at life”.

Upczak is a filmmaker and festival programmer, specifically interested in ritual practice and sexual politics. These interests were first sparked after she spent two years traveling throughout Southeast Asia, where she encountered numerous religious practices and worked as an escort in a hostess club in Tokyo.

Since then, Upczak has produced short films and experimental video installations. Most recently, she was the Creative Director of the Trinidad and Tobago film festival, in charge of the Caribbean Film Mart and Caribbean Film Database. 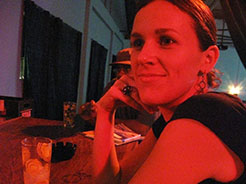 “We decided to crowd-fund the film, in order to build our core audience and to engage individuals in our fundraising process,” she said.

“We have been successful in engaging local government support and now, we are turning to the private sector and individuals.”

The film has been in development for two years and is now in the pre-production stage. Principal photography is set to begin in the Spring with a filming schedule of one month. One of the unique facets of the film is the female roster of most heads of departments, including: Director of Production, Nancy Schreiber; Consulting Producer, Annabelle Mullen; First Assistant Director, Roma Zachemba; Co-Producers, Rhonda Chan Soo and Rhian Vialva; Production Designer, Shannon Alonzo; and PR/Social Media, Aurora Herrera.

Upczak noted, “I feel very strongly about having this film made by women, and also by women primarily from the Caribbean.”

For more information on this crowd funding campaign or to join and contribute to Moving Parts please visit: www.kickstarter.com/projects/381237657/moving-parts and-or www.facebook.com/movingpartsthemovie.