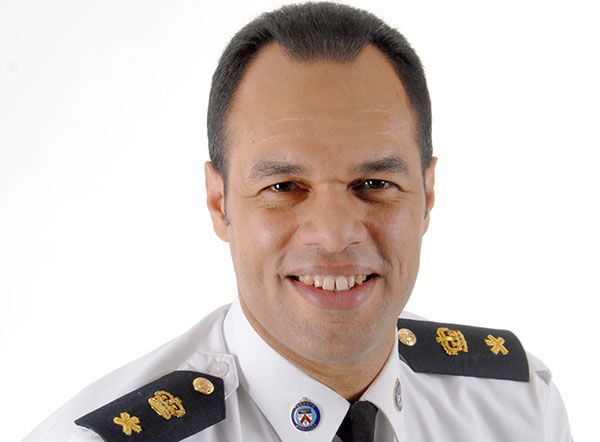 TORONTO, Ontario — Some Black Community Advocates and activists view the sudden resignation of the city’s second black deputy chief of police, Peter Sloly, from the Toronto Police Service (TPS), as a loss for the city, but praised him for his work with the community.

After 27 years with the service, — the last nine as deputy chief — the Jamaica-born member of the executive command finally left police headquarters on February 10, saying he was leaving on his own terms.

In a press release sent out minutes before Sloly spoke to the media, the Toronto Police Services Board (TPSB) announced the resignation, noting that Sloly served 27 years of distinguished service to the City of Toronto and its residents.

Deputy Chief Sloly has elected to move on to explore new career opportunities, the release read.

“Peter Sloly leaves the service as a highly respected leader, who has been recognized for his excellence within the broader international policing community and celebrated by the public for his dedication to community policing. The board would like to convey it’s thanks to Deputy Chief Sloly for his outstanding leadership and dedication over the course of his distinguished career,” said Andy Pringle, Chair of the Board.

Some black community advocates and activists who worked with the deputy chief in various capacities think his departure is a blow to the city, especially in fractious police-community relation matters.

Audrey Campbell, co-chair of the Police and Community Engagement Review (PACER) committee, says there is a tremendous sense of loss with Sloly’s departure from the police service.

“He had such a connection to the community and he understood, he empathized and he was willing to make changes so there was a sense of loss.”

Campbell says the PACER report took on a life of its own because it became a beacon of hope for the black community. 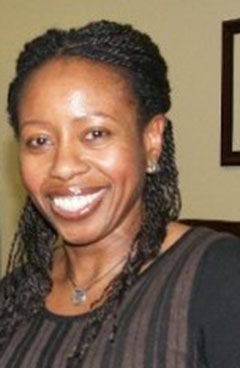 She said some of the 31 recommendations have been implemented, for example, the joint-police-and-community committee that has been meeting once a month since the fall of 2014 drafted a bias-free statement that was approved by the TPSB and is now part of the core value of the police service.

However, things have now stalled because they are waiting on the province to come down with the new policing regulations.

“Once that comes down the battle starts again because the TPSB, their board policy on community engagement, I believe, will be far superior to the basic that the regulation will provide,” said Campbell, a former president of the Jamaican Canadian Association.

She said there is a commitment to keep moving forward and it is difficult to pull back from those reforms that Sloly had fought clearly for.

“To his credit, he started it so he’s thrown down the gauntlet, as I read in one of the papers, to Chief Saunders to continue that work.”

The PACER committee, which Campbell co-chairs with staff sergeant, Stacy Clarke, is in place until December this year.

“It’s a sad day for Toronto Police Services, this city and policing as a whole. The man is intelligent. They will not be able to replace the gaping hole that exists now that Peter has left,” says Yvette Blackburn, vice chair of the police service’s Black Community Consultative Committee and a member of the PACER committee.

“What he brought to the table is insight. He brought also the aspect of having that community liaison voice. Peter was also a true blue officer. He was there around the table, he always advocated for the police. At no point did he sell them out, he just ensured that he was one to champion the issue of the TPS but also to find a way to bridge the divide that exists.”

Kingsley Gilliam, a director of the Black Action Defense Committee (BADC) and of the Jamaican Diaspora Canada Foundation (JDCF), says Sloly was one of the brightest and most progressive police leaders in Canada and internationally.

“Any human being with intelligence, competence, pride and integrity would realize that he had reached the pinnacle of his career with the Toronto Police and would want to exit at the earliest possible time while securing his pension. So Peter stayed until the Police Services Board was prepared to let him go.”

The Toronto Police Services Board picked Mark Saunders, the third black deputy chief of the TPS, as the new chief of police to succeed Bill Blair in April 2015.

The first black deputy chief of the service was Keith Forde, who was appointed to that position in August 2005 and retired in 2010.

“The people of Toronto, struggling and fighting for better and more cost effective policing, are the big losers with his departure because he was the intellect and conscience of that recalcitrant organization,” said Gilliam.

Gilliam said he has been meeting with Toronto Police high command since 1971, when the chief was Adamson, and the force had one deputy chief, Jack Acaroid.

“I have also interfaced with police in Edmonton and numerous RCMP detachments in Alberta and the Yukon. I have also dealt with several other police services throughout Ontario professionally. In all of these encounters, three individuals stand out. They are Chief Robert Lunny, former chief in Edmonton and Peel Region, Deputy Chief Keith Forde, who mentored Peter Sloly and Peter Sloly.”

He noted that while he and Sloly did not agree on everything, including his position on carding, “he supported it for community safety reasons while I demand an absolute ban of the practice. Peter’s role in the development of the PACER report was extremely progressive and way ahead of the curve in policing.”

Journalist, Desmond Cole, wrote in a commentary in the Toronto Star on February 11, that Sloly’s resignation came “after a career of fighting a seemingly hopeless battle for police reform in Toronto.”

“Sloly has fought to end police carding, cut the force’s budget, and reduce the number of cops on the street. A black man who uses his position to push such an agenda is courting hatred and difficulty. Sloly did it anyway, and inspired hope in the process,” he wrote.

A day after his resignation, Sloly was interviewed on CBC Radio’s Metro Morning program and said it was the right time for him to leave.

He said some amazing opportunities were presented to him over the last few months and he needs to be able to focus on them and not be encumbered by his contractual responsibilities in the TPS.

Sloly said it was also the right time, in terms of the transition for leadership, noting that he had given almost a full year to the service to make sure that there was a strong and stable transition. 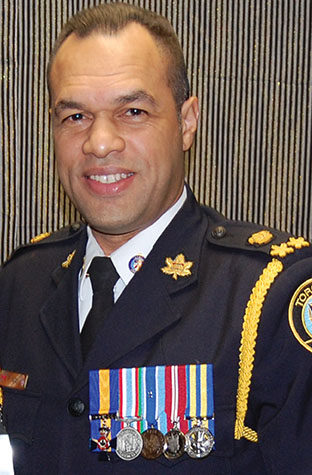 Noting that he is passionately in love with public service, the former deputy chief said he continues to serve the public by sitting on many local and national boards.

“I’ve had disappointments and I’ve had devastations in my life. I can tell you in every one of those cases you just got to figure out what went on and figure out how you’re going to go forward and move on, and in every case I did that.”

But he also had other dreams “to build a personal legacy and hopefully contribute to build the legacy of great institutions like the Toronto Police Service.”

He said the police service recognized his talent, nurtured, invested and promoted it and allowed him to lead for a considerable period of time.

“I’m greatly indebted to this police service and very proud of my 27 years with the Toronto Police Service.”

Sloly said his recent comments at a public forum about policing being at a low point, in terms of public trust and legitimacy, is something that academics have been saying from the late 90s.

This was from a study that he discovered in the early part of the millennium that was being done out of the UK examining police services across western Europe, the UK, and North America that showed that trend.

He said the issue of carding is still one of the most misunderstood issues facing the service and possibly the biggest issue facing policing across North America, and that most of the western world is challenged with this issue.

“It’s a major, major issue and we’re nowhere near to solving it, by the way, although a significant progress has been made and I hope I’ll look back and know that I made some positive contribution and I hope I’ll look forward and see really sustainable solutions come into play.”

Although no longer in the police service, he is still receiving phone calls from the province seeking his advice on the issue.

He is also still a part of groups, like CivicAction GTHA, that advocate around a more progressive and inclusive civil society.

He said the Toronto Police Service is a great police service and will find its way back and be a leader in policing and in the public sector.

Reflecting on his career, the police veteran is proud of his two tours in the UN Peacekeeping Mission in Kosovo in 2001 and 2002, of the way he changed the way the police service hires, recruits and promotes people within the organization, neighbourhood policing – the new hub model, cyber safety, cyber security and leveraging IT, among other things. 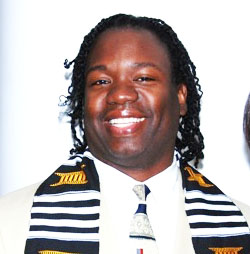 “I’m proud to have worked with great people, civilian and sworn, at every rank, and great people in the community across every neighbourhood in this city,” he said.

The TPSB press release said the deputy chief thanked the board for its support and stated that, “he will look back on his career with the Toronto Police Service with pride and satisfaction, while at the same time anticipating with enthusiasm the new opportunities that lie before him.”

“Deputy Peter Sloly has been a beacon of strength, both for our community and for policing alike. His tenacious attitude knew no boundaries as he protected the rights of the TPS and the community he served,” said John O’Dell, co-Chair of the Black Community Police Consultative Committee (BCPCC), in a laudatory, public speech about the retired deputy chief, during last weekend’s TPS’s Black History Month event, at the forces headquarters.

“As he moves on to his future endeavors, it is bitter sweet that we wish him well.”