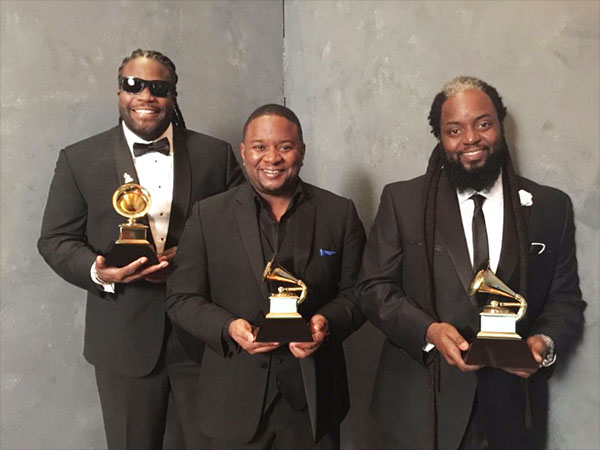 LOS ANGELES, California — Last night, exuding exultation and yet humbleness, the popular reggae group, Morgan Heritage — fondly acknowledged, by many, as The Royal Family of Reggae — took the stage at Staples Center in Los Angeles and accepted the Grammy award for “Strictly Roots” for the Best Reggae Album in 2015.

It is an honor that was a long time coming for the reggae siblings, an honor dedicated to “our Father, Denroy Morgan; mothers, Hyacinth Morgan and Pearl Foster; our wives, husband and children; and to the people of our beloved Jamaica and Africa.

“Winning the Grammy is an achievement next to none. While we are grateful for the acknowledgment from our peers, we’re even more grateful for the people behind the music and our fans that kept us going for over 20 years. It’s gratifying and humbling at the same time. Jah is worthy to be praised!” said Mojo Morgan.

Speaking on the road which led to this victory, CTBC Music Group General Manager, Wendy Morgan, stated, “Working many years in the industry, believing and passionate about what I do, it’s been a pleasure to work with Morgan Heritage and be a part of this history-making moment, of winning their first Grammy. Hard work and determination always pays off.”

Last year saw Morgan Heritage spread their musical message of “Cool To Be Conscious” by successfully touring the four corners of the world. 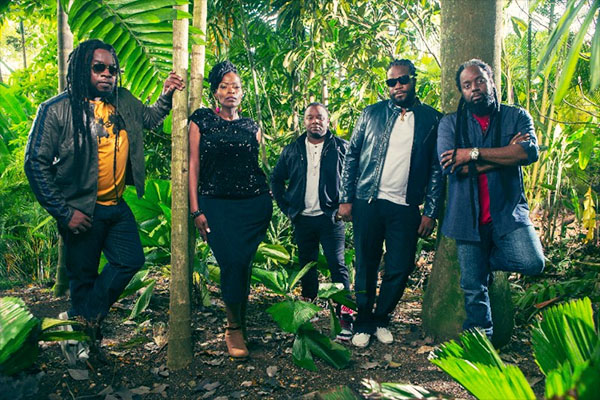 The siblings carried the Reggae torch in Asia, Europe, Africa, America and the Caribbean on their “Strictly Roots World Tour”, and with an historical Catch A Fire Tour with Damian Marley, Stephen Marley, and Tarrus Riley,

Gramps Morgan commented, “My God this one is for Jamaica. Big up the people of St. Thomas, Jamaica; we love unuh. This is more than an emotion, the feeling is just insane. Big up to Bobby Digital, King Jammys, Donovan Jermaine, Fatis Burrell Rest in Peace, Robert Livingston, Don Corleon.

“Big up to all of the soundmen, Shane Brown yuh dun know Rockaz inna di Juxeboxx straight wi say. We will continue to try and bring the best music ever — Reggae music and Dancehall music to the world. Jamaica stand up! We say Rockaz, Cool To Be Conscious. ”

Noticeably absent from the ceremony was the first lady of Morgan Heritage, Una Morgan, who is well on the road to recovery after challenging health issues.

Watching with her family from her home, an overwhelmed Una stated, “Hard work never felt so good, hard work never felt so real, and for all of this, to be alive to be experiencing this, is a gift from the most high. Words cannot express winning this Grammy, it’s the highest award that any musician could ever win, it’s the equivalent to the Oscars, so for winning the best reggae album in 2015, words can’t express. We are so full of gratitude, thank you to everyone that believed.

“From my father, Denroy Morgan, to VP Records, Bobby Digital, King Jammys, our agent Peter Shwartz, our lawyers, business managements, the list goes on and on, Robert Livingston, the list of artists that believed, Shaggy, thank you everybody, thank you all who believed”.

Morgan Heritage is gearing up for a North American “Keep On Jammin” winter tour, alongside Blackalicious and Morgan Heritage’s next generation, Jemere Morgan.