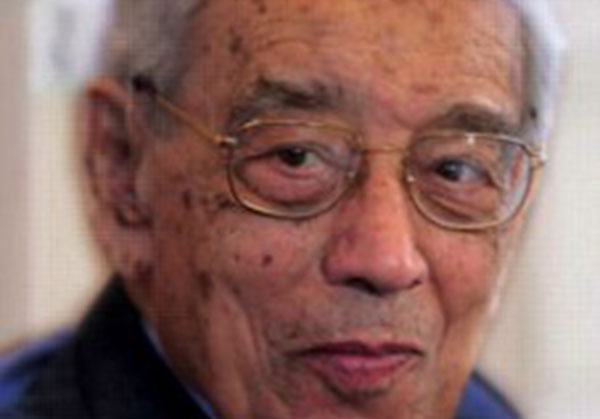 UNITED NATIONS, New York (IPS) — Boutros Boutros-Ghali, who passed away, on Tuesday, at the age of 93, was the only UN Secretary-General (1992-1996) to be denied a second term in office because of a US veto in the 15-member Security Council.

The US, which preaches the concept of majority rule to the outside world, exercised its veto even though Boutros-Ghali had 14 of the 15 votes in the Security Council, including the votes of the other four permanent members of the Council, namely the UK, France, Russia and China.

In such circumstances, tradition would demand the dissenting US abstain on the vote and respect the wishes of the overwhelming majority in the Security Council.

But the US refused to acknowledge the vibrant political support that Boutros-Ghali had garnered in the world body.

Unlike most of his predecessors and successors, Boutros-Ghali refused to blindly play ball with the US despite the fact that he occasionally caved into US pressure at a time when Washington had gained a notoriety for trying to manipulate the world body to protect its own national interests.

In a statement released Tuesday, Secretary-General Ban Ki-moon said Boutros-Ghali presided over a dramatic rise in UN peacekeeping at a time when the world increasingly turned to the United Nations for solutions to its problems, in the immediate aftermath of the cold war.

“Boutros Boutros-Ghali did much to shape the Organization’s response to this new era, in particular through his landmark report “An Agenda for Peace” and the subsequent agendas for development and democratization,” said Ban.

In his 345-page book titled “Unvanquished: A US-UN Saga,” released in 1999, Boutros-Ghali points out that although he was accused by Washington of being “too independent” of the US, he eventually did everything in his power to please the Americans.

But still the US was the only country to say “no” to a second five-year term for Boutros-Ghali although he also had the overwhelming support of the remaining 184 member states of the General Assembly at that time.

The former UN chief recalls a meeting where he tells the then-Secretary of State Warren Christopher that far too many Americans had been appointed to UN jobs “at Washington’s request over the objections of other UN member states.”

“I had done so, I said, because I wanted American support to succeed in my job (as Secretary-General”), Boutros-Ghali says. But Christopher refused to respond. 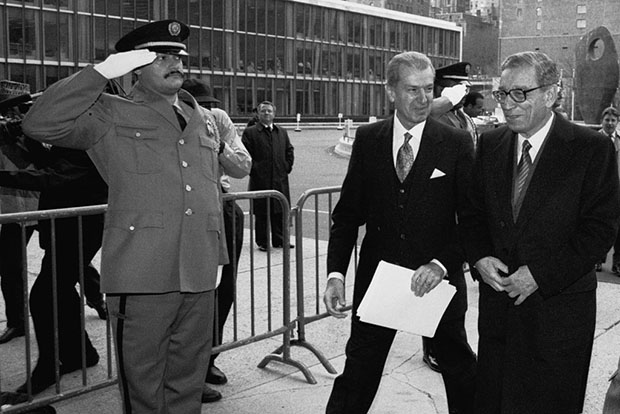 On January 2, 1992, Boutros Boutros-Ghali (right), Secretary-General of the United Nations, arrives at the Secretariat Entrance for his first working day at the United Nations. Aly Teymour, Chief of Protocol, escorts him into the building. UN Photo/John Isaac.

When he was elected Secretary-General in January 1992, Boutros-Ghali noted that 50 percent of the staff assigned to the UN’s administration and management were Americans, although Washington paid only 25 percent of the UN’s regular budget.

When the administration of US President Bill Clinton took office in January 1993, Boutros-Ghali was signalled that two of the highest ranking UN staffers appointed on the recommendation of the outgoing (President George) Bush’s administration– Under-Secretary-General Richard Thornburgh and Under-Secretary-General Joseph Verner Reed — were to be dismissed despite the fact that they were theoretically “international civil servants” answerable only to the world body.

They were both replaced by two other Americans who had the blessings of the Clinton Administration.

Just before his election in November 1991, Boutros-Ghali remembers someone telling him that John Bolton, the US Assistant Secretary of State for International Organisations, was “at odds” with the earlier Secretary-General Javier Perez de Cuellar because he had “been insufficiently attentive to American interests.”

“I assured Bolton of my own serious regard for US policy.” “Without American support,” Boutros-Ghali told Bolton, “the United Nations would be paralysed.”

Boutros-Ghali also relates how Christopher had tried to convince him to publicly declare that he will not run for a second term as secretary-General. But Boutros-Ghali refused.

“Surely, you cannot dismiss the Secretary-General of the United Nations by a unilateral diktat of the United States. What about the rights of the other (14) Security Council members”?, he asked Christopher.

But Christopher “mumbled something inaudible and hung up, deeply displeased”.

Boutros-Ghali also says that in late 1996 US Ambassador to the United Nations Madeleine Albright, on instructions from the US State Department, was fixated on a single issue that had dominated her life for months: the “elimination” of Boutros-Ghali.

Under-Secretary-General Joseph Verner Reed, an American, is quoted as saying that he had heard Albright say: “I will make Boutros think I am his friend; then I will break his legs.”

After meticulously observing her, Boutros-Ghali concludes that Albright had accomplished her diplomatic mission with skill.

“She had carried out her campaign with determination, letting pass no opportunity to demolish my authority and tarnish my image, all the while showing a serene face, wearing a friendly smile, and repeating expressions of friendship and admiration,” he writes.

“I recalled what a Hindu scholar once said to me: there is no difference between diplomacy and deception.”

One of his “heated disputes” with Albright (later U.S. secretary of state) was over the appointment of a new executive director for UNICEF back in 1995. It was a dispute “that seemed to irritate Albright more than any previous issue between us”.

“I recalled,” says Boutros-Ghali, “that President Clinton had pressed me to appoint him (Foege) when we had met in the Oval Office in May 1994.”

“I replied to her (Albright) as I had then to President Clinton: that while Dr. Foege was without doubt a distinguished person, unfortunately, I could not comply,” writes Boutros-Ghali.

He also told Clinton that he was personally and publicly committed to increasing the number of women in the top ranks of the United Nations, and UNICEF would particularly benefit from a woman’s leadership.

Since Belgium and Finland had already put forward “outstanding” women candidates – and since the United States had refused to pay its U.N. dues and was also making “disparaging” remarks about the world body – “there was no longer automatic acceptance by other nations that the director of UNICEF must inevitably be an American man or woman.”

“The U.S. should select a woman candidate,” he told Albright, “and then I will see what I can do,” since the appointment involved consultation with the 36-member UNICEF Executive Board.

“Albright rolled her eyes and made a face, repeating what had become her standard expression of frustration with me,” he wrote.

When the Clinton administration kept pressing Foege’s candidature, Boutros-Ghali says that “many countries on the UNICEF Board were angry and (told) me to tell the United States to go to hell.”

Although Elizabeth Rehn of Finland received 15 votes to Bellamy’s 12 in a straw poll, Boutros-Ghali said he appealed to the Board president to convince the members to achieve consensus on Bellamy so that the United States could continue a monopoly it held since UNICEF was created in 1947.

And so Boutros-Ghali ensured that the post of UNICEF executive director will remain the intellectual birthright of the Americans – even to this date.