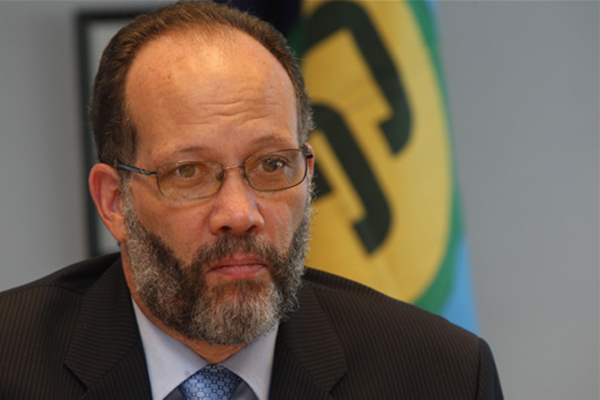 Barrow, the in-coming CARICOM chairman, said that the leaders of the 15-member grouping that ended their two-day inter-sessional summit here, had agreed to deal with the issue, since La Rocque’s first term would have expired in August.

“We agreed to the re-appointment of the Secretary General for another term of office. He was initially appointed for five years and that period comes to an end in August.

“We thought we would deal with the question of renewal of appointment now, because the next meeting will be too close to the August expiration date, and I am pleased to say that there was unanimous agreement for the SG’s appointment,” he said.

Prime Minister Barrow said, the 61 year-old top regional public servant “has done an exemplary job of work, his commitment to reform, the changes he has already made along the lines of obliging the Secretariat and the Community to become more productive….are well known.

He said the Dominican national had accomplished the tasks “while remaining throughout, even tempered, accessible; any head can get him at any time…including very early in the morning”.

“I am really pleased to say what a tremendous job of work this Secretary General has done.”