KINGSTON, Jamaica (CMC) – The leader of the main opposition Jamaica Labour Party (JLP) Andrew Holness, has refused to apologise to Prime Minister Portia Simpson Miller, over statements he allegedly made during the campaign for the February 25 general elections.

Prime Minister Simpson Miller, through her lawyers, Knight, Junor & Samuels, had, last Wednesday, given Holness three days to apologise or face a lawsuit over remarks the lawyers said he made on television, “which tended to injure, degrade and discredit the character of our client, exposing her to hatred, contempt and ridicule and which, therefore, tended to lower her in the estimation of right-thinking members of society”. 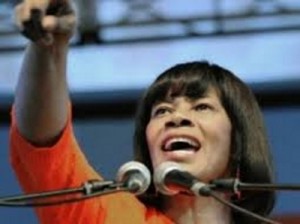 But the law firm representing Holness, yesterday, wrote to the attorneys for the leader of the ruling People’s National Party (PNP), indicating that they had been advised “that any claim brought by your client will be vigorously defended, including the filing of a counterclaim”.

Attorney George Soutar wrote, that it was the PNP leader who first described his client as a con man and that the Opposition Leader was merely acting in self-defence.

“My client denies that he defamed your client, and your claim for an apology and damages is therefore rejected, as baseless and without foundation.

“You will recall that it was your client, on the 17th February 2016, who made statements, which statements by plain words and innuendo, stated or suggested that Mr Holness was a is a con man, is seeking to deceive the people of Jamaica, and is dishonest and a “trickster”.”

Soutar said that, “these baseless statements, made by the Prime Minister, sought to demean Mr Holness and to destroy his reputation.

“The Prime Minister, having made the defamatory statements set out above, you, no doubt will agree that Mr Holness is entitled to vigorously defend himself’.

“Not only did Mr Holness’ comments come in response to the utterances first made by Mrs Simpson Miller, but Mr Holness, in his capacity as Leader of the Opposition and Leader of the Jamaica Labour Party, is entitled to comment on and vigorously rebut, the statements made by the Prime Minister concerning him and his character. Your request for an apology and damages is therefore rejected,” the letter stated.

But in an immediate response, attorney Bert Samuels told reporters, Holness’ response, through his lawyer, seeks to rely on justification for the comment.

“However, in all my years of learning in the area of defamation, a statement made in retaliation is not capable of use as a defence,” Samuels said.

“The Opposition Leader’s reference to the statement, made earlier by the Prime Minister, as an excuse for his alleged defamatory utterances, is unfounded in law,” he added. 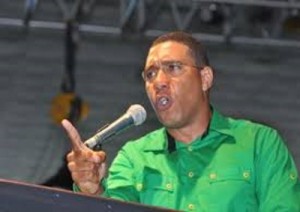 Meanwhile, Holness is demanding an apology from Finance Minister, Dr Peter Phillips, for what he claimed to be “defamatory” statements made against him. He also requested that a donation be made to a charity of his choosing to settle the matter.

Holness, through his lawyers, said that ii those request are not met, the matter will be taken to court.

Holness’ lawyers say, that Phillips, the campaign Director for the ruling party, and other party officials “caused to be published in the Gleaner (newspaper), statements concerning my client which, in my view, are in plain words, by implication and / or innuendo, defamatory to my client.

“The entire statement is defamatory, but for the purpose of this letter, one aspect will be highlighted. Under the heading ‘Construction of House’ you made certain statements concerning the purchase of land and the construction of a dwelling house thereon.

“These statements sought to suggest or impute that Mr. Holness purchased the land and is carrying out construction thereon, using funds that were obtained dishonestly, illicitly, illegally and corruptly.”

The lawyers claim that the statements “will tend to have the effect of lowering Mr. Holness’ character in the eyes of well-thinking people.

“The damage has been made worse because you have repeated these statements in a press conference, held on the said 12th day of February, 2016, and repeated subsequently, in several editions of the Gleaner and Observer newspapers.” 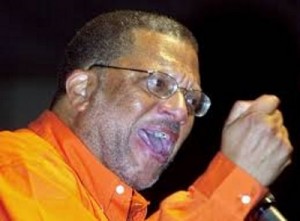 The lawyers say, that their client is demanding that Phillips “publish a suitably worded apology, giving it prominence equal to that of the defamatory statements, to be approved by my client” within three days, and to “pay an agreed sum to a children’s charity chosen by my client. This payment will be treated as a compensation for the loss and damage suffered by my client.”

“If I do not receive a positive response from you, I have instructions to file action against you, seeking damages and other vindicatory reliefs as may be ordered by the Court,” the letter added.

Phillips has not yet responded to the letter.

The PNP and the JLP are campaigning for control of the 63-seat parliament in the February 25 poll. In the last general election, the PNP won 42 of the seats.