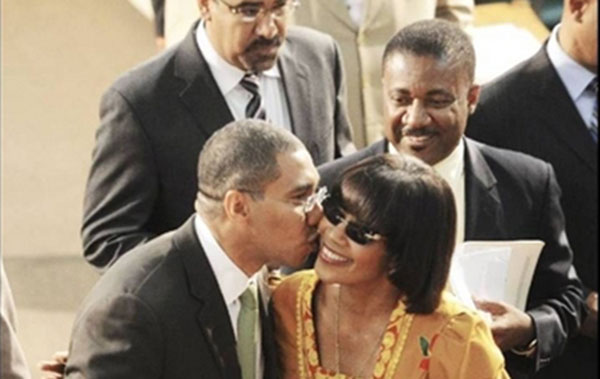 KINGSTON, Jamaica, Feb. 18, 2016 (CMC) – Hours after announcing that the main political parties had been invited to participate in a political forum, the RJR Communications Group, late today, said the event has been cancelled.

“As a result, RJR would not, in journalistic fairness, give this opportunity to one party, and therefore decided to cancel the forum,” said the RJR Group in statement.

Following the collapse of efforts to stage the three national debates, the RJR Communications Group, with the prior knowledge of the JDC, had invited the leadership of the two political parties to the weekly RJR Group News Forum to discuss their plans, proposals and campaign issues.

On Wednesday the PNP announced that it would not be participating in debates organized by the JDC.

PNP General Secretary, Paul Burke, in a letter to the JDC late Wednesday, said several factors were taken into account, including that of giving Holness, “more than adequate time and opportunity to address the issues placed before him, as conditions for the People’s National Party’s involvement in the National Debates, the People’s National Party has no other option but to stand by its original position.”

In response, the JDC expressed disappointment.

“The JDC laments, that since 2002, successive governing and opposition parties have found it possible to set aside, or resolve their issues so that they could participate in the debates in the national interest,” the commission said in a statement.

It also noted that in professional surveys conducted independently after the last two debates, the majority of members of the public indicated that the Commission’s political debates assisted them in arriving at their decisions on how they eventually voted.

The Commission says it truly regrets the outcome, but did everything possible to continue the tradition of civil political debates.

The JDC says it will re-double its efforts to give itself additional flexibility and options for the staging of debates in the future.