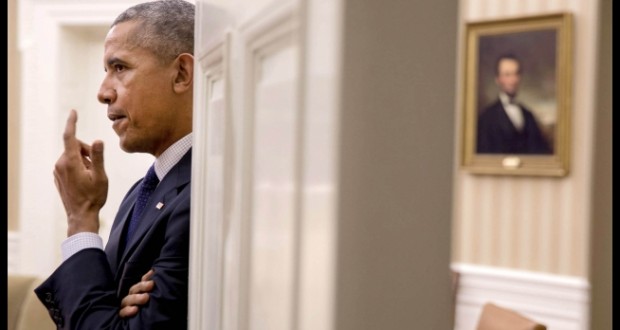 US President To Make Historic Visit To Cuba

Photo above: US President Barack Obama listens while meeting with Council of Economic Advisers Chairman, Jason Furman, and Jeffrey Zients, National Economic Council Director, in the doorway of the Oval Office, on January 28, 2016. (Official White House photo by Pete Souza).

WASHINGTON, D.C. Feb. 18, 2016 (CMC) – US President Barack Obama is scheduled to visit Cuba, next month, in what would be a critical turning point for relations between the two countries.

A senior official at the White House said, the details will be announced on Thursday, as part of a larger tour of Latin America by the president.

The visit has been widely anticipated since Washington and Havana moved to restore relations in December 2014, after decades of broken ties.

Since then, the nations have reopened embassies in Washington and Havana and have moved to restore commercial air travel and, a presidential visit is seen as a key next step toward bridging the divide.

On Tuesday, a deal was signed to restore commercial air traffic later this year; a move that should pave the way for thousands of Americans to visit the Spanish-speaking Caribbean island.

The last sitting US president to visit Cuba was Calvin Coolidge in January 1928.