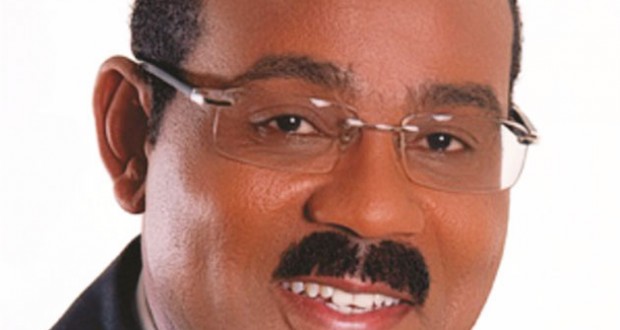 Photo above is of Antigua and Barbuda Prime Minister, Gaston Browne.

ST. JOHN’S, Antigua, Feb 24, (CMC) – Prime Minister, Gaston Browne, has reiterated the need for there to be a non-partisan approach, ahead of a proposed national referendum on whether or not Antigua and Barbuda should adopt the Trinidad-based Caribbean Court of Justice (CCJ) as its final appellate court.

Antigua and Barbuda will launch a public education program on March 10, as the island prepares for the referendum on whether to replace the London-based Privy Council with the CCJ, which was established in 2001 by regional governments.

While St. John’s is a member of the CCJ’s Original Jurisdiction, only Barbados, Dominica and Guyana are the Caribbean Community (CARICOM) countries that have signed on to the appellate jurisdiction of the court, that also serves as an international tribunal interpreting the Treaty of Chaguaramas that governs the regional integration movement.

Prime Minister Browne said, that matters surrounding the CCJ in Antigua and Barbuda can be ‘divisive political issues’ and, in recognition of this fact, his administration sought to have a commitment from the opposition, United Progressive Party (UPP), that neither party will seek to politicise the issue.

The Prime Minister repeated an earlier statement, that he will not proceed with the referendum if it becomes clear that there are any attempts to politicize the venture.

“It is not an occasion to test political strength … for this is such a critical issue regarding our independence and our sovereignty, that we believe it should not be the subject of partisan politics,” PM Browne stated.

He added, that his administration has adopted the philosophical position that, issues surrounding Antigua and Barbuda’s independence and sovereignty, will be approached in a mature manner.

“We must recognize that if we are to have a truly independent and sovereign country, we must be able to preside over our own jurisprudence. If we don’t have that level of maturity, we will not proceed,” he said.

The Antigua and Barbuda leader also expressed strong confidence in the level of justice coming out of the CCJ.

He said, the judgments so far, are on par with those coming out of any other jurisdiction, in any part of the world, and Browne said, despite that, there is still much skepticism and what he termed “unfounded notions” surrounding the CCJ. 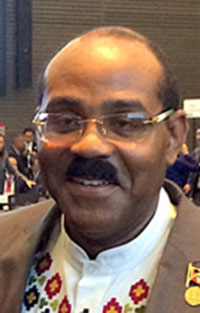 Browne made reference to the efforts made to ensure the independence of the CCJ noting, that among other things, it is independently funded, which gives it a greater autonomy than most other courts.

He also expressed a view that the Caribbean’s reluctance to sever ties with the Privy Council may have something to do with the legacies of colonialism.

“There is much suspicion associated with our own: we tend to accept imported talents, imported things, and we are very suspicious and unsupportive of our own. Clearly, this is one of the legacies of our colonial past that we have to address,” he noted.

The Prime Minister said, adopting the CCJ in its appellate jurisdiction will complete the cycle of independence for Antigua and Barbuda.

Head of the National Coordinating Committee spearheading the public education program, Ambassador Dr. Clarence Henry, conducted a one hour, taped skype interview with the President of the Judicial Committee of the Privy Council, Lord Neuberger, and Lord Mance, to be utilized as part of a balanced sensitization program.