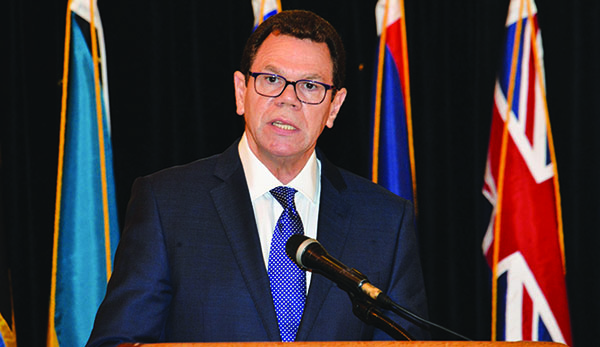 BRIDGETOWN, Barbados, Feb. 24, (CMC) – The economies of Caribbean countries are in a “recovery mode”, even though it is still operating in a “somewhat topsy-turvy external environment,” the president of the Barbados-based Caribbean Development Bank (CDB), Dr. William Warren Smith, said today.

Delivering the annual report on the current state of Caribbean economies, Smith said, though he remains “guardedly optimistic about 2016, Economic recovery remains fragile; but we expect that the countries will continue on an upward trajectory.”

The CDB president said, that 13 of the bank’s 19 borrowing member countries (BMCs) should experience faster growth this year, than they did in 2015.

But he noted, “two of our stronger credits, Trinidad and Tobago and Suriname, will experience negative growth in 2016.

“Interestingly, all the services-dependent economies should grow, even if very marginally. This is a rebound from earlier years after the Great Recession. The two BMCs, whose economies are expected to contract, are heavily commodity-dependent and also represent a reversal of a trend which had emerged a few years ago,” he added.

Smith said, as a result, “one could conclude that Caribbean economies are in recovery mode and that would be a fair comment, except that it is occurring at a time of great uncertainty, in what is emerging as a somewhat topsy-turvy external environment.

“These external threats include the possibility of economic weakening in Europe and North America, at the same time that China’s growth rate is slowing, as it addresses internal structural weaknesses.”

He said, that threats also loom, ominously, in the shape of the correspondent bank de-risking crisis, which portends challenges for the movement of money into, and out of, Caribbean economies.

“This group will be charged with the responsibility to represent the interest of the region, in addressing this issue, including an approach to the United Nations and the World Trade Organization,” said CARICOM chairman, Dean Barrow.

“We are also talking about engaging, directly, with the regulators, particularly in the United States, and with the US Congress. We will meet with as many Congress leaders as the team will be able to interface with,” he said.

The CARICOM leaders said, several international banks, mainly in the United States and Europe, have signalled to client banks in the region an unwillingness to continue doing business with them.

The so-called ‘de-risking’ by the global banks threatens to impact several critical services, including remittance transfers, and Prime Minister Barrow said, that a letter, which he would sign, will also be sent to US President, Barack Obama, on the issue.

The CDB president said, that in addition to these, is the ever-present threat to economic and social infrastructure, posed by natural hazards and climate change.

He said, that in the face of a surfeit of threats to economic stability and growth, it is not surprising, therefore, that the term “sustainable” is “almost de rigeur in describing the menu of actions which need to be taken in managing Caribbean economies”.

Smith told reporters, that the CDB had been able to assist its BMC’s withstand or build resilience to the myriad of threats through a wide range of products “which an institution like ours can deploy in support of a country’s efforts to build a more resilient and sustainable economic and social system.

“The judicious use of technical assistance, grants, capital and policy-based loans, blended with our staff’s many years of experience working in Small Island Developing States (SIDS), enables CDB to partner with its BMCs to build resilience against a raft of different risks.”

He said, loans, totaling US$262 million, were made to 10 countries, the largest beneficiaries being Antigua and Barbuda, Belize and Grenada.

Smith said, that CDB’s operations in 2015 were directed towards long-term inclusive and sustainable growth, good governance and resilience building.

“The bulk of the financing was targeted at investments to strengthen and modernise social and economic infrastructure; to improve environmental management and disaster risk management (DRM); to build climate resilience while promoting energy efficiency (EE), and renewable energy (RE); and to encourage private sector development and improvements in governance.” 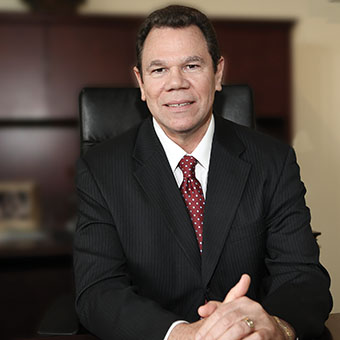 He said, in the area of economic infrastructure, the bank approved seven loans totaling US$121 million or 46 per cent of total approvals, that included improving water supply in the Bahamas and Barbados; upgrading the John Compton Dam in St. Lucia; flood mitigation in Barbados; and rehabilitation and reconstruction of roads and sea defenses after damage from floods and Tropical Storm Erika in Dominica.

He said, four major interventions, totaling US$65million, were made to upgrade social infrastructure, and included TechVoc Education and Training in St. Kitts and Nevis; two basic education projects in Belize and Grenada; and one project to enhance the effectiveness and sustainability of the Student Revolving Loan Fund in Barbados.

He said, Haiti also received a grant of almost US$13 million from CDB for TechVoc Education and Training.

Smith said, that the approved projects included components that provided for gender assessments; gender training and improvements in other support systems for at-risk and vulnerable groups; social and gender monitoring and evaluation; climate risk and vulnerability assessments; and photovoltaic potential assessments.

“These recurring themes are consistent with ongoing efforts to mainstream gender; climate resilience and disaster risk management; and energy considerations in project design. The water upgrade project in Barbados, for example, makes provision for an assessment of the gender-related impacts of frequent water outages in the most affected areas of Barbados.

“Also, renewable energy capacity will be expanded via the installation of a 550 kW solar photovoltaic plant under the Bahamas’ water project. This initiative, together with the one-MW solar PV pilot project in Anguilla is also indicative of the success CDB has had with reorienting our energy focus towards sustainable energy usage.”

Smith said, that in 2015, policy development was another thematic area for CDB with the bank approving policy-based loans (PBLs) amounting to US$65 million for three countries.

“In order to encourage BMCs to adopt new technologies in areas such as renewable energy, CDB must be able to source financial resources which are appropriately priced. This is especially evident in ventures such as geo-thermal energy where there is high up-front risk. “

“We will be able to expand the range of funding and technical assistance available to the public and private sectors, placing special emphasis on solar, wind and geothermal energy projects,” he said noting, that beneficiary countries of the third initiative “will be able to access grant-financing for new infrastructure such as roads, bridges and port development – critical drivers of economic growth and employment creation.