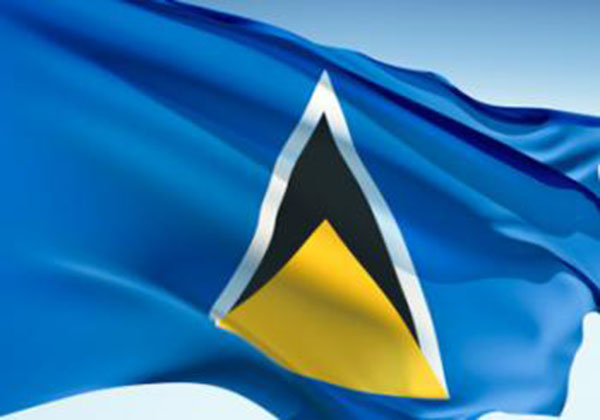 CASTRIES, St. Lucia, Feb 24, (CMC) – Today, the French government denied that it had boycotted celebrations marking St. Lucia’s 37th year of political independence from Britain, saying, that it cherishes the relationship between the two countries.

A statement from the French Embassy here, noted, that while it did fail to participate in the traditional military independence parade on February 22, the presence of French soldiers from Martinique at the Independence celebrations is not automatic.

“The agenda and the current implementation of the military cooperation programs between St Lucia and France did not allow, this year, for the presence of a French Navy vessel and the participation of a French regiment in the Independence parade.

“It would be totally wrong to conclude that the EU (European Union) or any other international organisation or country, had put any pressure, in this sense, on the French government. Any bilateral cooperation is solely in the realm of a State’s sovereignty, and in this case, of the French government,” the statement added.

Media reports here, on Monday, linked the French’s absence from the military parade, for the first time in recent memory, as a snub, based on information provided by a French Embassy source, who spoke on conditions of anonymity, and recent expressions of dissatisfaction by French Ambassador to St. Lucia, Eric la Moussaye, to the country’s dysfunctional justice system and government’s slow pace of action on a report of alleged judicial killings by police.

The French frigate, “Ventose”, which was scheduled to visit St. Lucia for the occasion,‎ had instead visited St. Kitts-Nevis between February 19 to 23.

Moussaye had told a January press conference ‎that, on the issue of French nationals detained in prison without a hearing – one for as many as four years – that several meetings had been held with Prime Minister, Kenny Anthony, on the issue.

“The issue is a problem not only for the French. I think that if we succeed on behalf of our French citizens, we will succeed for others who are, for many years, in prison,” the diplomat said, noting, that his government could “no longer sit idly by and do nothing”.

‎However the statement from the Embassy, Wednesday, noted, that France was represented throughout all the Independence ceremonies by the ambassador and his wife, Defense attaché, Lt Colonel Damien Vauterin, of the French Armed Forces in the Caribbean, as well as several diplomats attached to the embassy.

“France cherishes its bonds of friendship with St. Lucia, and the boycott of such an important and special moment for the government and people of St Lucia, would have been inconceivable,” the statement said, noting, that French President, François Hollande, had sent a congratulatory message to Governor General, Dame Pearlette Louisy, highlighting the friendship between the two countries and thanking St. Lucia for its commitment to resolving the issue of climate change.

“Ambassador de la Moussaye wished to give special emphasis to the naming of Owen King EU hospital, by mentioning it during his Friday 19th interview on HTS, by attending the official ceremony on Sunday 21st, and also by requesting that a mention of the importance of this project, supported by the EU, and the contribution of France towards its opening, be included in the speech pronounced on Monday 22nd by the Dean of the diplomatic corps, H.E. Ambassador Leiff Escalona.

“The Ambassador also requested that another mention be made in the Dean’s speech, of the action of France towards helping Minister Fletcher make the voice of the Caribbean be heard at the Paris COP 21,” the statement, said, adding, that the contribution of Fletcher “on behalf of all island nations was decisive in securing a historical agreement on climate change”.