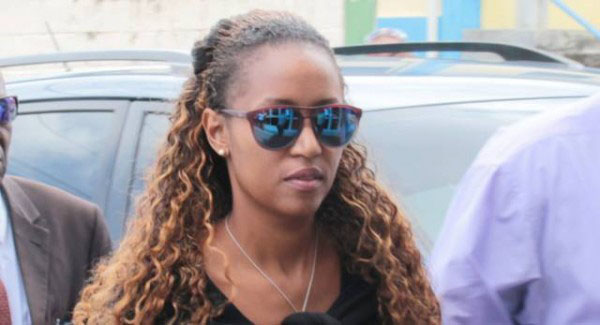 Disbarment Of Former Registrar ‘A Cautionary Tale’ For Lawyers: Court

High Court Judge, Esco L. Henry, and acting Judge, Pearletta Lanns, in the disbarment ruling said, that the facts in the case “recount a cautionary tale for barristers and solicitors”.

“We take no pleasure in making the orders in this matter. However, the profession and the public interest demand no less,” the judges ruled.

The court heard that Gibson-Marks admitted to dishonestly and improperly misappropriating over EC$300,000.00 of the trust monies deposited in a bank account.

Before she appeared in court to answer the theft and abuse of her authority charge, three months after Attorney General, Judith Jones-Morgan, asked her to resign, Gibson-Marks repaid EC$351,576.46 to the bank, representing the principal sum due to the beneficiaries of the respective trusts and interest paid for an undetermined period.

“The solicitor’s misconduct has besmirched the entire legal profession and the office of the Registrar and has brought the Registry and High Court into disrepute,” the judges ruled.

“We agree with the Honourable Attorney General’s submissions that her conduct ‘fell short of the expectations of an attorney-at-law in this noble profession.

“The court remains mindful of its duty to protect the public interest, and must be ever vigilant and resolute in endeavouring to demonstrate that misconduct among its officers will not be tolerated and will always be met with appropriate sanctions.

“In the premises, we are satisfied that the solicitor, by her conduct, has demonstrated that she is not a fit and proper person to be retained on the court roll. This is an appropriate case in which to impose the severest penalty. We accordingly declare and order that Tamara Gibson-Marks be, and is hereby struck from the Court Roll.”

The judges further declared Gibson-Marks conducted herself improperly and unprofessionally in the discharge of her professional duty by misappropriating monies held in trust account no. 87590 amounting to EC$350,500.00 with interest.

The judges said, that she conducted herself improperly and unprofessionally in the discharge of her professional duty by unlawfully converting monies for her own use and stealing said monies amounting to EC$21,925.00 from the mediation programme of the Eastern Caribbean Supreme Court.

They ordered that the Attorney General shall on or before April 30, 2016 arrange for a full forensic audit to be conducted of the banking records and official records kept in the Registry to ascertain what if any further amounts are due to the beneficiaries by way of interest or other payment and notify Gibson-Marks accordingly on or before May 13, 2016, incorporating a copy of such audit and supporting documentation, and file a copy at the High Court office.

“Tamara Gibson-Marks shall pay to the Registrar of the High Court any and all such additional sums determined by the audit to be outstanding and due and payable to the beneficiaries of the trust account.

The Registrar shall arrange for Mrs Gibson-Marks to be repaid any sums found to have been paid by her, in excess of the amount determined by the audit to be due and reimbursable by her to the trust account,” the judges further ordered.

They made no order as to cost.