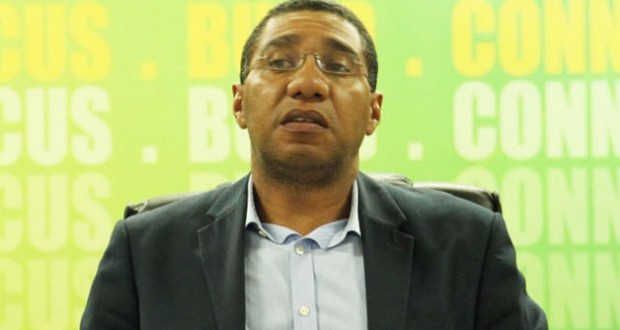 KINGSTON, Jamaica, Feb 26, (CMC) – Five years after he was booted out of office, Andrew Holness, 43, guided his Jamaica Labour Party (JLP) back into the corridors of power, promising to lead a transparent and open government, accountable to the voters that elected it into office.

Holness led the JLP to a 33-30 seat victory over the incumbent People’s National Party (PNP) that was seeking a second, consecutive term in power, under the 70-year-old Prime Minister, Portia Simpson Miller.

“Our mission is to move Jamaica from poverty to prosperity; our mission is to make it possible for you and your children to fulfil your dreams and aspirations,” Holness told jubilant party supporters.

He said, that the victory amounted to having been given the “authority to lead this country from poverty to prosperity,” adding, “it has been a very long, hard journey, but we are here because we have been faithful to the Jamaican people”.

Holness, who easily retained his St. Andrew West Central seat, by polling 8,625 votes as against 6,384 for Patrick Roberts, will have his wife, Juliet, as a member of his new government, after she also easily trounced Imani Duncan Price by a margin of 8,212 to 6,432 votes in an all-female battle.

Simpson-Miller, who became the second woman Prime Minister to be defeated in general elections in the Caribbean within a six-month period, did not really concede defeat to the JLP, saying that she would await the outcome of the recount in some of the constituencies.

“Some of you look sad; if I can smile, give me a bright smile,” she said, adding, “I know you are hurting, we feel it too”.

Prime Minister Simpson Miller, who would have celebrated her 10th anniversary at the helm of the PNP on Thursday, acknowledged that the “campaign was very peaceful” and praised the security forces, as well as the electoral officials, for ensuring a free and fair poll.

In his congratulatory speech, Holness said that the JLP carried a message of hope to Jamaica, reminding them, “this is not the end of a journey, it is the beginning of change Jamaica”. 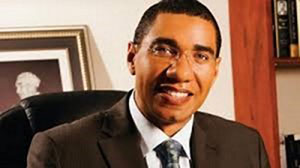 “We have a message that Jamaica can be a better place, it is a young message”: Andrew Holness.

“We have a message that Jamaica can be a better place, it is a young message,” he said, adding, “I make the commitment to you, your new government will not be a government as usual, we are going to change the way in which we operate.”

He said, the victory at the polls should not be regarded as a “prize” and “we know the cost of victory is accountability”.

“We are under no illusion as to the ability of all Jamaicans to hold this government to account. We have a team…and all members of this team is committed to serving you,” he added.

According to the preliminary figures, the JLP received 436,459 of the popular votes as compared with 432, 353 for the PNP.

The Electoral Office of Jamaica (EOJ) said, that an estimated 1.8 million people were eligible to cast ballots in the election, the 17th since the island attained adult suffrage, 70 years ago.

The voter turnout was estimated at 47.62 per cent

Opinion polls had predicted that the outcome of the elections would be a close affair, and political observers note, that the PNP had lost 11 of the seats it had won in the 2011 poll with fewer than 600 votes.