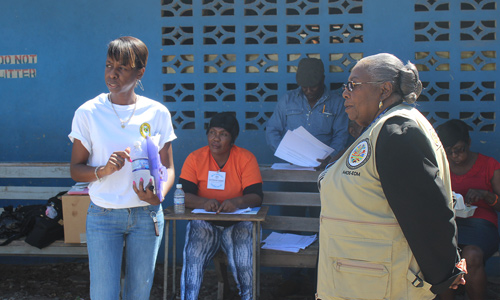 KINGSTON, Jamaica, Feb 26, (CMC) – The Organization of American States mission (EOM) that observed the Jamaica general elections said, today, that acts of violence during the campaign, as well as on election day, “do not support the electoral process”.

Preliminary results of the February 25 poll show that the Jamaica Labour Party (JLP) headed by Andrew Holness won 33 of the 63 seats in the 63-member Parliament, with the remainder going to the People’s National Party (PNP) that had been seeking a second consecutive term in office.

The EOM, which was one of two regional and international groups that observed the election, said, that it had “taken careful note of the incidents of violence, which occurred prior to, and on, election day.

“As we have said in other country reports, these acts of violence do not support the electoral process and have no place in a democracy,” said EOM mission Leader, Janet Bostwick.

At least four people were killed during the short campaign for the polls, with three of them being murdered when the JLP launched its campaign earlier this month.

The police have said, that the killings were not politically motivated. On the final night of its campaign, many supporters of the PNP were injured as they scampered for cover following gunshots fired during the rally.

Bostwick said, that another concern for the OAS has been the declining voter turnout, which she said, had been observed since the 1990s.

“The EOM noted, with concern, that this election was not an exception and the trend continued with a turnout of only 47.7 per cent. The apathy observed in the general population, particularly among young people, was disquieting.

“Robust participation in a country’s electoral processes is essential to maintain and strengthen the democratic system of government and to identify, encourage and develop the next cadre of political leaders,” Botswick added. 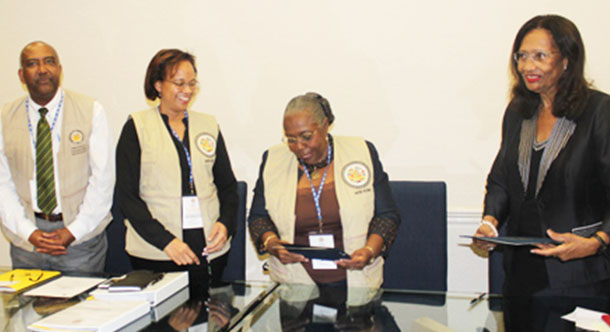 She said, that the EOM is recommending that the Electoral Commission of Jamaica (ECJ), the Electoral Office of Jamaica, the Political Ombudsman and other stakeholders “re-double their voter education and public awareness campaigns to inform and energize new voters, while encouraging the participation of the general electorate in the national electoral process”.

The issue of campaign financing was also another topic raised by the EOM, with Botswick commending Jamaicans for the steps taken in 2014 “to strengthen the system through reforms in the areas of registration, regulation and funding of political parties”.

“The EOM also applauds the measures contemplated in the Act to amend the Representation of the People Act 2015, which will further regulate contributions,” she told a news conference.

The EOM said, also, that there should be more women represented in the political process, and reiterated, that political parties and civil society organizations, as well as the ECJ, work together “to develop affirmative actions that may help to increase the participation of women in the electoral competition”.