Illustration above is of the company logo of Central Trinidad Steel Limited (CENTRIN) .

PORT OF SPAIN, Trinidad, Feb 26, (CMC) – Central Trinidad Steel Limited (CENTRIN) has sent dismissal letters to nearly 200 of its employees, which the union said, is linked to the recent decision by the steel giant, ArcelorMittal, to lay off workers, shut down its plant, citing depressed steel prices internationally.

In the notice of retrenchment, CENTRIN told the workers, “effective February 25, 2016 your service to the company has been terminated for reason of redundancy.

“We, again, wish to take the opportunity to thank you for the service rendered to the company and we wish you all the success in your future endeavours,” the letter added.

Earlier this week, the Royal Dutch Shell (Shell) company here, cut back on its workforce and closed its Point Lisas plant, south of here. 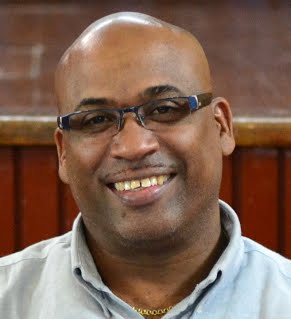 The union’s President, Christopher Henry, said, that while CENTRIN, a locally based company, could no longer secure raw material from ArcelorMittal, it could have engaged the union in finding an alternative to dismissing the workers.

“They (CENTRIN) could have said to us, that there are two things that can be done. ArcelorMittal opening its doors once again, supplying the raw materials, or the opportunity for (acquiring) US currency in order to import the raw materials to ensure that these workers stay viable, that the company remains open and the workers stay employed and, that has not happened.

“We would have made approaches to ArcelorMittal, as it relates to what is the future to the company here, because the management of CENTRIN is saying, that their staying open depends on ArcelorMittal,” Henry said.

Henry appealed to Prime Minister, Dr. Keith Rowley, and President, Anthony Carmona, to intervene and hold discussions with the steel companies, in a bid to save workers’ jobs saying, the country, as a whole, would be affected by the retrenchments.

Labour Minister, Jennifer Baptiste-Primus, has said, she is “deeply saddened” at the dismissals adding, “my understanding is that CENTRIN has been meeting with the Steel Workers Union, and they have been exploring (options)”.

“I’m not properly briefed on what are the various areas of their discussion, but I am aware that they have been meeting for some time now and engaged in discussion,” she told one local newspaper.