GEORGETOWN, Guyana, Feb 27, (CMC) – The Guyana Rice Development Board (GRDB) says, it is working with other agencies to save the remainder of the current rice crop, as El Niño weather conditions continue to adversely affect the industry.

GRDB General Manager, Nizam Hassan, said, that the rice industry remains the hardest hit during the extremely dry conditions, and that currently a total of 188,672 acres has been cultivated in Regions Two, Three, Four, Five, Six and Nine, for the spring crop of 2016. 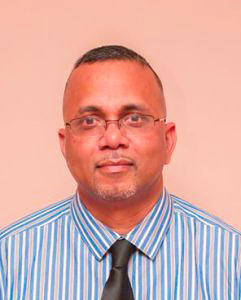 “… just about 84 per cent of that crop that was targeted, has been sown and this is a good demonstration of the resilience of the efforts of the farmers, and all other support services, that contribute towards the growing of rice in these challenging times,” he said.

According to GRDB data, Regions Three and Five are the most affected by the dry weather conditions. Of the 188,672 acres sown, 21,365 acres are affected, while 1,321 acres have been lost.

Hassan said, the total expected production target from the six rice-growing regions, at the end of the crop, is 450,000 tonnes.

“In Region Three about 300 acres have been lost out of the 13,300 acres sown, but Region Three, of itself, is not one of the bigger rice producing regions; the target was 21,339 tonnes (of paddy).

“In Region Five, out of almost 86,000 acres which has been sown, just 290 acres has been lost. When we look at the overall figure of what was sown and what was lost, it is just under one percent,” he said.

Meanwhile, Agriculture Minister, Noel Holder, leaves here, today, for Mexico, to participate in the 34th Session of the Food and Agriculture Organisation (FAO) Regional Conference for Latin America and the Caribbean.

During the one-week Ministerial session, Holder will hold meetings with key officials, including his Mexican counterpart, on several issues that are affecting agriculture in the region, a government statement added.