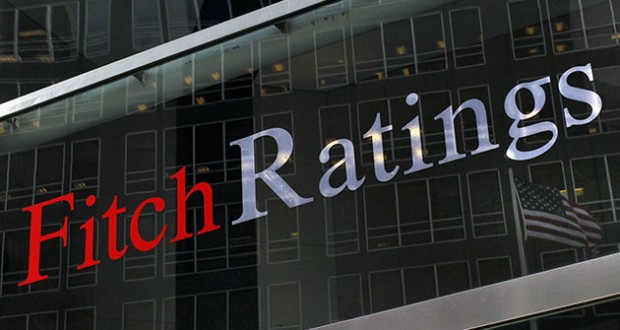 The Country Ceiling has also been downgraded to “B+” from “BB-“, Fitch said.

It said, Suriname’s external finances have weakened since the last review, driven by a shock to commodity export prices.

Additionally, it said, external liquidity has deteriorated as international reserves fell to 1.7 months of CXP (US$308.7million) in January.

The rating agency noted, that the Suriname government has requested International Monetary Fund (IMF) balance of payments support, “although agreement has not yet been reached and there are execution risks around any eventual program.

Fitch said, three-quarters of Suriname’s gross external financing needs were financed by US$295 million international reserves and US$233 million net external borrowing by the government and monetary authority in 2015.

Fitch’s baseline scenario assumes that import compression, through fiscal and exchange rate adjustment, narrows the current account deficit in 2016 and that a new gold mine opening in 2017 supports international reserve accumulation.

Reflecting pressure on international reserves, the rating agency said, a parallel exchange rate has emerged despite the 21 per cent currency devaluation on November, 18, 2015.

It added, the authorities expect fiscal adjustment in 2016-2017 to be supported by institutional reforms to liberalize the energy sector, increase profitability of loss-making state-owned companies, and improve public-financial management with a new medium-term budgetary framework.

But Fitch cautioned, that there are implementation and downside political risks to the pipeline of pledged reforms, noting that opposition parties abstained from the 2016 budget vote, and Cabinet statements in January cast doubt on continuation of the electricity reform.

The austerity plan cuts capital investment to2 per cent of GDP for 2016-2017 during an economic recession.

Fitch said, the structure of public finances remains weak – reflecting the government’s narrow revenue base, vulnerability to commodity price volatility, and rigidity of the large public-sector wage bill, which was 9.2 per cent of GDP in 2015.

Fitch said, it expects Suriname’s interest expense to rise from 7.9 per cent of revenues in 2015, if the government reduces its reliance upon central bank financing in favour of domestic capital market sources.

The rating agency also said, Suriname’s macroeconomic performance has also worsened, stating that the economy is projected to enter a second year of recession, contracting by 2-3 percent in 2016.

Real per capita income is projected to decline for the first time since 2000, while unemployment rises, Fitch said.

“Suriname’s credit ratings are underpinned by its higher per capita income and governance indicators than peers,” it said.

But it concluded, that the business environment for small investors, quality of economic and public finance statistics, and institutional capacity “constrain Suriname’s ratings.”