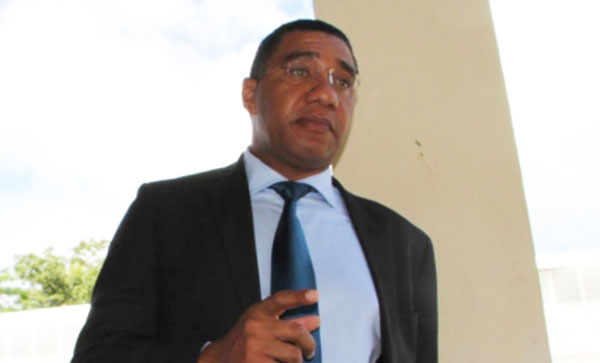 New Jamaica PM Likely To Be Sworn In Next Tuesday

KINGSTON, Jamaica, Feb 27, (CMC) – The leader of the Jamaica Labour Party (JLP) and Prime Minister designate, Andrew Michael Holness, is expected to be sworn in, next Tuesday, as the island’s Prime Minister, following the February 25 general election, the Jamaica Observer newspaper reported today.

While there has not yet been any official communication as to when Holness, who led his JLP to a 33-30 victory over the incumbent People’s National Party (PNP) would be sworn into office, the paper, quoting high level JLP sources, said, Holness has already met with the Governor General, Patrick Allen, and other state officials.

The Electoral Office of Jamaica (EOJ) is now conducting a recount of the ballots cast in several constituencies, and the paper said, Holness could be sworn in following the end of the exercise.

The EOJ said, final counting for all constituencies across the island should be completed by Monday.

The paper said, the in-coming Prime Minister is also expected to get a briefing from outgoing Finance Minister, Dr Peter Phillips, on the proposed budget and the state of the International Monetary Fund (IMF) negotiations.

Meanwhile, the Jamaica Manufacturers’ Association (JMA) and American Chamber of Commerce of Jamaica have sent congratulatory messages to Holness.

The JMA said, it was fully committed to working with the new administration to further stimulate growth and sustainable development.

“We wish to also commend all successful candidates who won their bids to provide meaningful representation to all Jamaicans.

“The future success of Jamaica is heavily dependent on quality representation and good governance, which require both parties working together for the common good,” said the JMA.