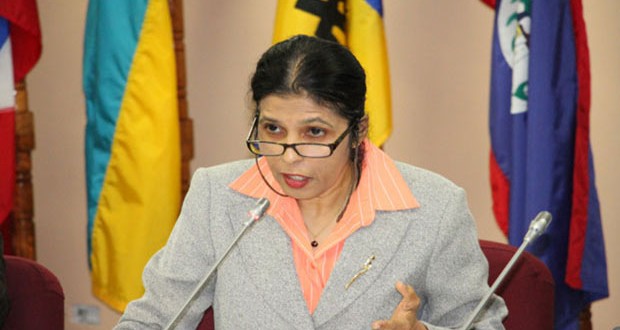 CARICOM Official Warns That Violence Threatens Gains Made By Region

GEORGETOWN, Guyana, Feb 29, (CMC) – A two-day regional forum on “Youth Crime and Violence” began here, on Monday, bringing together a wide range of stakeholders to examine challenges and solutions to the issue.

Caribbean Community (CARICOM) Deputy Secretary General, Dr. Manorma Soeknandan, said, the issue threatens to consume the gains “we have made as a region and as individual member states, in preparing our young people to live productive and safe lives, and to contribute to the further development of our region”.

But, she said, the region has not been silent on the “increasing incidences of violence” and that the Report of the CARICOM Commission on Youth Development (CCYD) showed that regional leaders in 2010, recognised the seriousness of crime and violence and the need for concerted action.

She said, the CCYD report identified crime and violence as the number one concern of youth and also identifies young people as under-utilized resources and partners in development.

“It underscores the importance of addressing youth needs and interests to achieve social cohesion, economic resilience and integration. The Declaration of Paramaribo, issued by Heads of Government on the basis of the Report of the Commission, also sends a strong signal of the intent of Member States to cooperate and address issues of concern related to youth,” she told the regional participants.

The organisers said, that the February 29 to March 1 conference will also provide an opportunity to share good practices with a view to replicating the lessons learned; to explore strategies for a multi-sectoral ‘whole of society’ response to the challenge; and to examine the means for greater collaboration among institutions and development partners to sustain CARICOM’s response to youth crime and violence.

The Forum is an outcome of the CARICOM and the government of Spain project titled, “Reducing Youth on Youth Violence”, now being piloted in five Caribbean countries — Antigua and Barbuda, Jamaica, St. Kitts and Nevis, St. Lucia and Trinidad and Tobago.

Soeknandan said, the CARICOM Strategic Plan has laid out specific measures across a wide spectrum to ensure comprehensive treatment of crime and violence.

She added, that young people are often identified as both the main perpetrators and victims of crime, especially violent crime, and that the theme of the forum ‘Youth Crime and Violence – Breaking the Cycle: Exploring New Platforms for Transformation’ “challenges us to break out of the old moulds for addressing these issues and to come up with new and innovative solutions.

“One negative characteristic of the older initiatives was the lack of involvement of youth in developing and implementing solutions. This does not mean that the burden should be shifted and put on the shoulders of the youth.”

But she said, adults have a continuous role to play and must be held responsible and accountable. 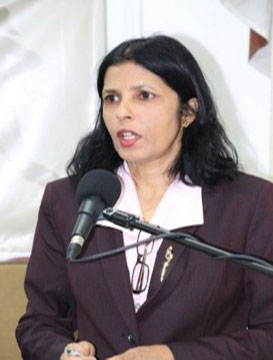 “There is now greater awareness that youth must be given a platform to share their views on the challenge of youth violence, and to address the components of an environment that would make them feel safe and secure and empowered to make positive choices.

“This forms a major focus of this forum, as we begin by listening to the voices of a wide range of youth from across the Region, through a recently completed social media survey. I am encouraged that together, we will indeed begin to get the right tools to break the cycle of violence and pave the way for a transformed region.”

The CARICOM senior official said, that violence eventually affects everyone, either directly or indirectly, and that a safe environment is particularly crucial for the development of children, both in the community and at school.

“It is recognised, for example, that the escalation of violence in schools has a negative impact on students, teachers and the teaching and learning environment, and learning itself.

“Violence in the home can both be influenced by the community and influence the community at the same time, through negative definitions of social behaviour and a lack of non-violent conflict resolution skills. The cycle here can become self-perpetuating and needs to be broken. “

But she acknowledged, that addressing violence in any of its forms is not a simple task and requires sound partnerships and approaches, which are multi-sectoral in nature.

“Important actors include policy-makers, youth, parents, educators, researchers, protective services, the justice sector, faith-based organizations, the private sector, and those members of civil society who give their time and effort through various non-governmental organizations.

“Each and every individual has a role to play. An all-inclusive approach is crucial. At the level of government, we are yet to perfect the art of meaningful cooperation and coordinated action between, and among, ministries and departments to achieve effective solutions to development challenges that confront us. Violence is just one of these.”

According to the Guyana-based CARICOM Secretariat, each year, approximately 200,000 youths, aged 10 to 29, die, and many more sustain serious injuries, because of violence across the world.”

It said, youth violence is a global challenge, one which CARICOM “knows only too well, since youth are both the main perpetrators and victims of such crime in the Community”.

But it added, that CARICOM is accelerating its fight, and that the two-day forum here, funded by the Caribbean Development Bank and the government of Spain, is an outcome of the two-year CARICOM/Spain project.

The Forum will employ a mix of feature presentations, panel discussions and video presentations, with participation from a wide range of stakeholders, including policy makers in all sectors: law enforcement, the private sector, labour, development partners, civil society, including academia, faith-based and community organisations, youth, reformed non-traditional leaders and special interest groups,” the Secretariat added.