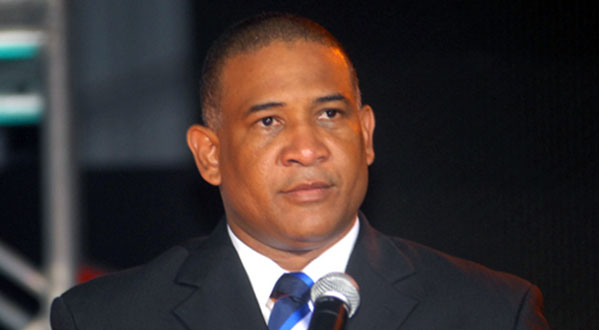 The sources told the Caribbean Media Corporation (CMC) that Hilaire, who is now the Chairman of the Citizenship by Investment Programme (CIP), will most likely contest the Castries South seat at the next general elections, due later this year.

Hilaire, the former St. Lucia High Commissioner to the United Kingdom, will replace Minister of Education, Dr. Robert Lewis, who has already signalled his intention to bow out of active politics.

Lewis has denied speculation here, that he had been forced out to make way for Hilaire, who served as the personal assistant to Prime Minister, Dr. Kenny Anthony, in 1997, before taking up the post of Permanent Secretary in the Ministry of Youth and Sports in 1999.

In 2005, he was given the responsibility of managing the island’s hosting of ICC World Cup 2007, leading to his appointment as the Tournament Director for the ICC World 20/20 in 2010.

Political observers say, that Hilaire will come under much criticism from the opposition, regarding his alleged role in the appointment of Dr. Sheikh Juffali, the embattled St. Lucia Permanent Representative to the International Maritime Organization (IMO).

Last week, Prime Minister Anthony confirmed Christina Estrada, the supermodel ex-wife of the Saudi billionaire, had named him in a civil lawsuit as she seeks to challenge the decision of the St. Lucia government to appoint Juffali as a diplomat.

This is the latest twist in the ongoing case, in which Estrada is seeking to get Juffali to increase support to her as part of a divorce proceedings.

The Opposition has been calling for Hilaire’s resignation, ever since the issue became public, saying it has brought major embarrassment to St. Lucia.

Deputy political leader of the main opposition United Workers Party (UWP) UWP, Dr. Gale Rigobert, told a public meeting, on Sunday night, that she found it strange that Hilaire, who is among those at the centre of the Juffali affair scandal, is now offering himself for public service.

“What is your track record? Your name is embroiled in a mess and yet you have the gall bladder to offer yourself for public service? The people of Castries South will speak convincingly, when they say to the Labour Party that we want men and women of integrity,” she said.