New in Pride
Home / International News / Re-counting Of Ballots Near Completion, Governor General To Be Informed On Wednesday 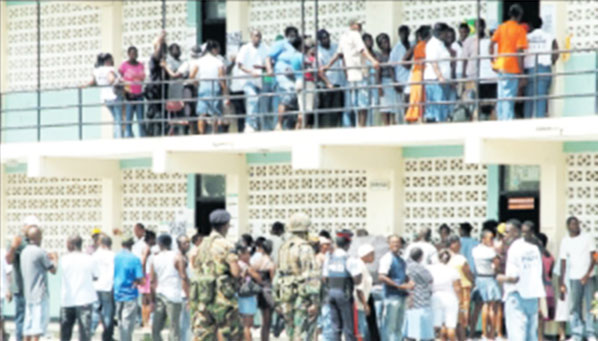 Re-counting Of Ballots Near Completion, Governor General To Be Informed On Wednesday

KINGSTON, Jamaica, Feb 29, (CMC) – The Electoral Office of Jamaica (EOJ) Monday, said, it had competed all but one of the recounting of ballots in the 63 constituencies, following last Thursday’s general election.

EOJ Director of Elections, Orrette Fisher, said, that he expects to inform Governor General, Patrick Allen, of the official results by Wednesday, and that in the meantime, the counting of the ballots for the remaining constituency, St Thomas Western, is now underway at the EOJ head office.

He said, no law prevents the vote count from being transferred to a location outside the parish and that 55 of the 156 ballot boxes for the constituency have already been counted. 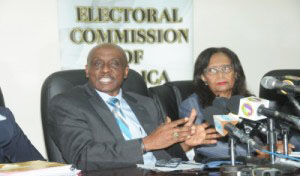 Fisher dismissed reports that ballot boxes had gone missing or were tampered with, saying that on the night of the general elections, EOJ workers and each returning officer must account for each ballot box and material used in each polling station.

He said in addition, the boxes are accompanied by the supervisor and party agents “and so the parties would also be aware of any missing box

“This is not something that could be hidden. The returning officer must have in his or her possession under lock and key and guarded by the secretary forces every box that was issued prior to commencement of the final count,” he said.

Preliminary results on Thursday night had given the Andrew Holness led main opposition Jamaica Labour Party (JLP) 33 of the 63 seats at stake with the remainder going to the incumbent People’s National Party (PNP) headed by Prime Minister Portia Simpson Miller.

But the recount has resulted in the PNP being awarded the additional seat of St Mary South East due to a “transposition error” where one candidate was given the votes intended for another candidate, Fisher said.

Both the PNP and the JLP have appealed to supporters to remain calm and allow the EOJ officials to conclude the recounting exercise.