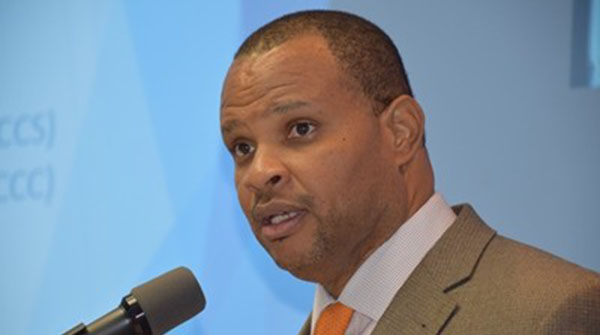 Finance Minister, Chris Sinckler, told Parliament that the Freundel Stuart government was contemplating a cash injection of eight million dollars (One Barbados dollar =US$0.50 cents) as he outlined a plan to rescue the troubled insurance company.

Piloting the second reading of the BICO Preservation of Investments Bill 2016, Sinckler told legislators, that the BICO pension fund is in deficit to the tune of approximately eight million dollars, which would prevent the payment to workers, who are due their retirement.

Sinckler said, that the Ministry of Finance would be making a direct cash payment into the pension fund to help deal with the situation as part of the solution confronting the embattled insurance company.

He said, that the judicial manager – KPMG- had submitted its final report to the High Court for the transfer of life and annuity policies to another insurance company – Sagicor Life Inc.

The High Court had given the accounting firm until February 15 this year to submit that report.

Sinckler said, that it had been recognised that any solution to the BICO problem had to involve the Barbados government, and that the government would take over the ownership of BICO properties, estimated at BDS$26.6 million.

He said, as a result of negotiations, the government favours a bond pay out structure to the tune of BDS$84.6 million for the estimated 15,000 policy holders over 25 years.

But Opposition Leader, Mia Mottley, said, while the opposition supports the government’s intervention to protect the asset of Barbadians, she was concerned at the impact of the government’s multi-million dollar plan on the island’s debt situation.