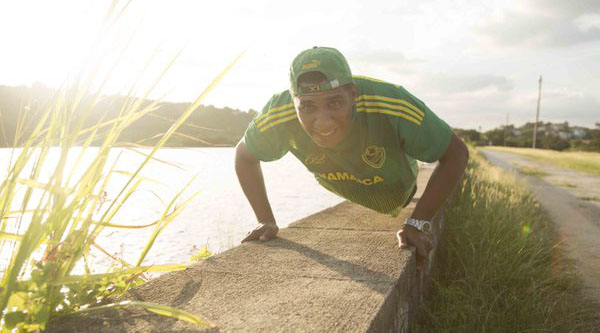 KINGSTON, Jamaica, March 1, (CMC) – Andrew Holness moved a step closer to being sworn in as prime minister, later this week, after the Electoral Office of Jamaica (EOJ) said, that the Jamaica Labour Party (JLP) had won the Western St. Thomas seat.

The JLP’s candidate, James Robertson, has won the seat by 457 votes over the candidate of the incumbent People’s National Party (PNP) Marsha Francis.

The preliminary results following last Thursday’s general election had given Robertson a lead of 381 votes, but the re-count was completed on Monday night giving the JLP a razor thin 32-31 majority in the 63-member Parliament.

Holness, 43, will replace Prime Minister Portia Simpson Miller, who led the PNP into the polls, hoping to win a second consecutive term in office.

Thanks those on social media for all the help to secure prosperity for Jamaica. I assure you that I am #FitandReady pic.twitter.com/LjcPpLiqiQ

On Monday, EOJ Director of Elections, Orrette Fisher, had said, he would be presenting the results of the elections to the Governor General on Tuesday, with Holness likely to be sworn in as the head of government.

But the JLP has since filed for a magisterial recount in the St Mary South Eastern constituency, where the PNP’s candidate, Dr Winston Green, was declared the winner late Saturday night, over Dr Norman Dunn by a nine-vote majority.

Dr. Dunn’s lawyer, Alexander Williams, said, an application was filed, on Monday, in the Corporate Area Resident Magistrate’s Court for a recount and that summonses are now being prepared to facilitate the recount today.

Media reports said, that Dunn’s attorneys will be focusing on the fact that approximately 74 votes, mostly for him, were rejected by the returning officer during the final count, after being accepted by the presiding officers at the preliminary count.

The JLP had preliminarily won the vote 33-30 on election night, February 25, but a recount saw the balance shifted on Saturday night with Green’s victory in St. Mary South Eastern. 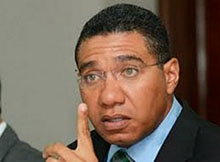 Holness, who served as prime minister from 2011-12, could be sworn in by Thursday, and start shaping his Cabinet, if the PNP does not request magisterial recounts in any of the seats the JLP won.

Meanwhile, Holness led a four-member delegation, on Monday, for talks with the Financial Secretary, Devon Rowe, and other officials of the Ministry of Finance.

A JLP statement said, that the meeting was called to discuss the budget process and receive an update on the International Monetary Fund (IMF) agreement.

According to the release, Holness and his team also discussed the quickest route to presenting the budget for the 2016/2017 financial year.

Holness said, the discussion was useful as it informed the incoming government of critical issues that need to be addressed upon taking office.

He added, that the meeting was part of critical steps towards taking charge of the government of Jamaica and ensuring a smooth transition.