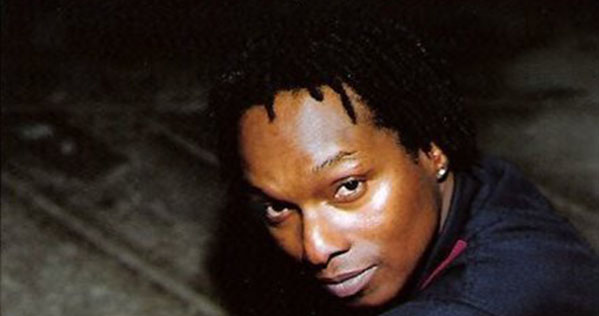 TORONTO, Ontario — Patrick Edward Barrington, popularly known as “P. Edward” or just “P,” was magic on stage or in front of the cameras – the consummate entertainer.

This is how many of his friends remember the late actor who died on February 14 in Toronto.

Born in Jamaica in 1963 where he graduated from the University of the West Indies with a first degree in botany and natural sciences, Barrington also performed with the renowned National Dance Theatre Company (NDTC).

His friend, singer/songwriter Damian André, organized a celebration of his life at Pero Restaurant and Lounge in Toronto on Feb. 28 at which many of his colleagues and fellow artists spoke of his dynamic personality.

Having known Barrington for 17 years, André describes him as “the greatest thespian.”

“He had a debilitating heart condition in the past year and he went in for surgery and went into cardiac arrest basically,” said André, who was at the hospital a few minutes after his passing.

While grieving the loss of his dear friend, he thought it was important to honour him now instead of organizing something at a later time in the year.

“I know what he would want me to do, what he expects of me as business partner for so many years and dear friend so I had to have this just to honour him and to have some closure for myself as well,” he said. 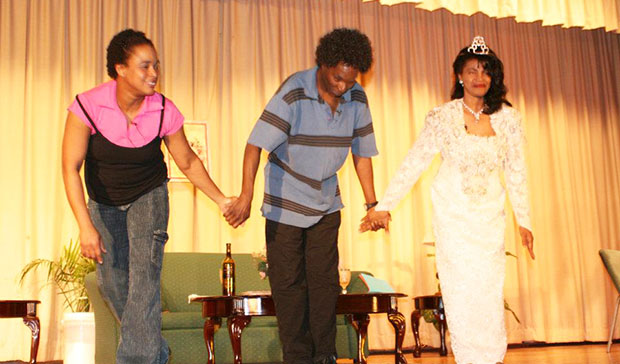 Actor and director, Gloria Surage, shared the stage with Barrington in many plays/productions such as: “Super Bob,” “Yonge Street,” “Queen for a Day,” “Trading Places,” “Huggly Heggie & Ruff Nek Granny,” and “Dear Pastor.”

She dramatized a skit from “Huggly Heggie & Ruff Nek Granny” noting that  Barrington, who played Ugly Heggie, was a great dancer and so she finished with a dance in tribute to him.

“O, my God, he had so many different characters in his body,” she said.

“He was an incredible talent,” she said, noting that he was very good at improvisation.

Trey Anthony, actor, producer and director, said she developed a friendship with Barrington long before her hit play, film and television series, ‘da Kink in My Hair, was conceived.

Anthony used to stage events under her company, plaitform entertainment, and Barrington played major roles in the shows.

She said she would not have had a career in theatre if it were not for Barrington who was very good at rhyming, timing and improvising.

“If rehearsal started at 6p.m., he would be there at 8p.m. No matter how many times you rehearsed things with P., he wouldn’t know it,” she said, noting that he made up his own thing.

“He would go on stage and make magic,” said Anthony giggling at the fond memory with nods of approval from those gathered at the lounge who knew his idiosyncrasies.

She noted that Barrington had called her a few years ago suggesting that she organize a plaitform reunion show and she said she would get back to him.

With his passing, she regrets never following up with him and described him as “one of the greatest and best that she knows,” amid tears.

Joyce Powell, a playwright, said when her play, “In Search of Happiness,” was cancelled, Barrington remained her friend until the end.

She said he was very humorous, he was her “honey in the rock,” and although he did not get to see his beloved sister, Shirley, when he was in the intensive care unit in the hospital, he was able to hear his brother, Paul’s voice on the phone.

“You never realize how much time you’ve spent with someone until they’re gone,” said playwright and director, Yvette Martin, who has a lot of good memories of Barrington.

Martin said he was a good person and she knew this because her two young daughters loved him and were excited whenever he came to visit their home.

André sang Eric Clapton’s “Tears in Heaven,” and Michael Jackson’s “Gone Too Soon,” while Nia Cole sang Patti Labelle’s “If Only You Knew” and Stephanie Mills’ “I’ve Learned to Respect the Power of Love.” 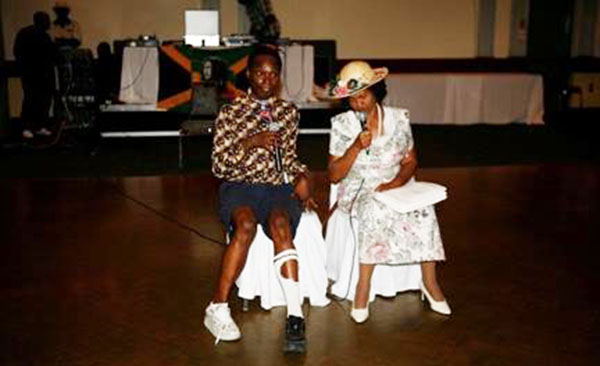 Kevin Sinclair, actor, performed in a few pantomimes in Jamaica with Barrington and noted that because such productions took months to prepare, he felt that he knew Barrington’s thoughts, behaviour, and everything about him.

He read “Confession,” a poem by the great Jamaican feminist, activist and writer, Una Morrison.

André and Heather Cadogan sang The Isley Brothers’ “For the Love of You,” a rendition which Barrington loved and uploaded to YouTube.

Singer, Noel Farrell, said he knew Barrington for 20 years and he could instantaneously impersonate any accent you wanted him to do at any time.

Farrell said Barrington fed many homeless teenagers and made sure that they went to school.

Some of his friends considered him a philanthropist and the consummate entertainer.

Surage said, some of Barrington’s siblings have now acquired Canadian visas in Jamaica to attend his funeral that will be held, here, at a date to be announced later.