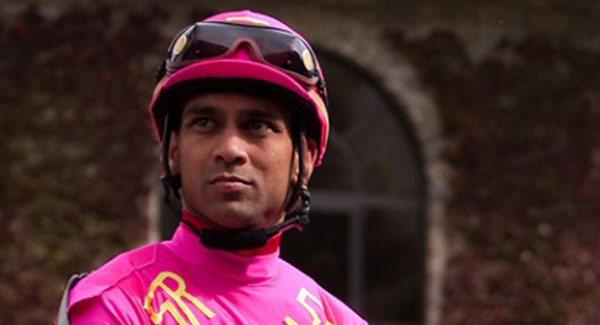 The 36-year-old won the curtain-raiser with favourite, Take Cover, before returning to win the day’s final race with 4-1 chance, Et’s Doll.

Bridgmohan has 24 wins from 124 rides in the season, which started last November and wraps up month-end.

He opened his account over 5-1/2 furlongs for the four-year-old and upward maidens, guiding Take Cover to victory by 5-1/2 lengths.

Bridgmohan raced the four-year-old colt just off front-runners, Infiltration and Star Quality, before grabbing the lead in the upper stretch and storming to the finish, impressively.

Lady Digger made the early running with fractions of 22.62 seconds for the first quarter and 46.52 for the half-mile, with Bridgmohan and Et’s Doll well off the pace.

The pair made good progress at the quarter-pole to be fourth and then chased down the leader in the stretch to get up at the wire.