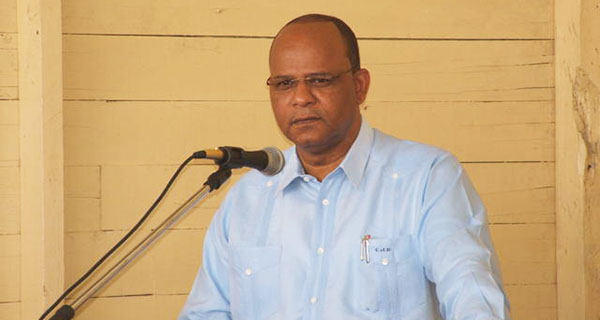 PPP General Secretary, Clement Rohee, told a news conference, that President David Granger should have dismissed his Public Security Minister, even as he acknowledged that the former administration, of which he was a part, did not leave a perfect system behind.

“If there is one recommendation Mr. Granger has consciously overlooked, it is the dismissal of Prakash Ramjattan as the Minister of Public Security of this country. Lying at the feet of Ramjattan, and indeed the Granger administration, are 17, not three, dead bodies”, Rohee told reporters.

Rohee recalled, that when he served as home affairs minister, the then-opposition had called for his dismissal in the wake of the three killings of unarmed protestors by police in Linden.

“The PPP/C had its challenges at prison locations around the country. The party would be the last to say that it has left a perfect system in place but, at the same time, it would be true to say that the challenges were not insurmountable, nor without solutions.

“Moreover, it is an uncontestable fact that, throughout its entire 23 years in office, there was never a shooting of tear gas or live rounds at prisoners, nor a riot of the magnitude that recently took place that cost the lives of 17 prisoners and a number of injured,” he told reporters.

“Heads must roll for this unforgiveable and unforgettably episode in the hierarchy of the security sector, in general, and the prison service, in particular,” Rohee said, adding, that the recent Camp Street unrests have “shattered the myth” that the present government is best equipped to address the security situation in country.

He urged President Granger to continue with the strategic plan for prison reform that had been started by the previous PPP government.

“The blueprint is there”, Rohee said, noting that the PPP’s plan includes a name change from the Guyana Prison Service to the Guyana Correctional and Prison Service, the establishment and functioning of a Sentence Management Board among other plans.

He said, there were also plans to construct a new prison at Timerhi, which was put on pause, after the airport expansion project was initiated.

Following the three-day riot, the government announced the establishment of a three-member Commission of Inquiry, headed by a former judge, Justice James Patterson, and including Merle Mendonca of the Guyana Human Rights Association and former Director of Prisons, Dale Erskine, to enquire into all the “causes, circumstances and conditions” surrounding the deaths of the inmates.

The Commission will also investigate the nature of all the injuries sustained by prisoners during the three-day unrest.

The Commission, which will begin its work, today, is expected to submit its first report on March 15.