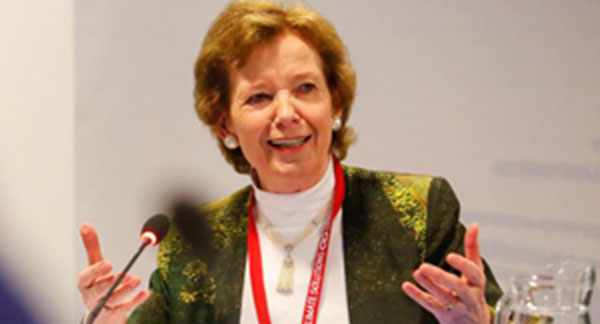 DUBLIN, Mar 4 2016 (IPS) – “Planet 50-50 by 2030: Step It Up for Gender Equality” – the theme of this year’s International Women’s Day serves as a timely reminder that, despite incremental progress of recent years and the ambition of the new global development agenda, we must redouble efforts to achieve a world underpinned by gender equality. All women must be empowered to realise their full and equal rights. But what does it actually mean to step it up for gender equality?

For me, this requires targeted approaches to ensure that all women have a voice in the formulation of decisions that impact upon their lives. This is particularly important when it comes to facilitating the engagement of grassroots women. To realise the “leave no-one behind” approach called for in the 2030 Agenda for Sustainable Development and the commitment “to reach the furthest behind first”, grassroots women must be recognised as key actors in global sustainable development.

Grassroots women around the world hold a wealth of knowledge which we will need to manage the impacts of climate change and accelerate sustainable development. However, in order to properly value this knowledge and put it to use, women must be allowed to participate meaningfully in the design, planning and implementation of policies and programmes that impact on their lives. Ensuring women’s voices are heard and their needs acted uponis central to advancing climate justice.

The impacts of climate change are different for women and men.

Grassroots women are more likely to bear the greater burden in the face of climate change, particularly in situations of poverty. Climate change exacerbates existing patterns of inequality, including gender inequality. Grassroots women have limited access to productive resources; restricted mobility and little voice in decision makingleave them highly vulnerable to climate change. Climate policy, to be effective, must understand these underlying inequalities in order to address the different ways in which climate effects grassroots women.

Enabling the meaningful participation of women is not just the right thing to do, it is also the smart thing to do. The global development sector has learned, sometimes the hard way, that programmes designed for vulnerable communities, without engaging with the women of the community, rarely achieve their desired outcomes. This important lesson is reflected in the Sustainable Development Goal 5  (Achieve gender equality and empower all women and girls) which includes a target to: ‘Ensure women’s full and effective participation and equal opportunities for leadership at all levels of decision-making in political, economic and public life’. This need is particularly acute in the case of grassroots women. Unfortunately, the importance of including women in decision making and promoting women’s leadership is less well understood by the climate regime. Yet the majority of those on the front lines of poverty and climate change are women.

Some progress has made under the United Nations Framework Convention on Climate Change (UNFCCC). In 2012 the Parties to the Convention adopted the Doha Miracle (Decision 23/CP.18), a decision to enhance the participation of women in climate change negotiations.Parties will review progress against the ambition this decision at COP 22 in November. When they do, however, they will see that only slight gains have been made in terms of equality of representation at negotiations. For instance, the latest UNFCCC Gender Composition Report highlights that only 36% of delegates were women at COP 20, and this figure drops to 26% when considering heads of delegations. In Lima Parties agreed to commence the Lima work programme on gender, a two year exploration of the gender dimensions of climate change and the Paris Agreement on climate change recognises the need for gender equality and women’s empowerment.

These are all signs of progress, but a lot more needs to be done to be done in order for women’s voices to be thoroughly included in the formation of climate action. A key next step is investment in training and capacity building for grassroots women in order to enable full and effective participation. This is captured in SDG 13 (Take urgent action to combat climate change and its impacts) which includes a target which calls on States to promote capacity building mechanisms in small island developing states and least developed countries to assist women, youth and local and marginalised communities to take part in climate change-related planning and management. Operationalising this target will be critical to achieving a harmonised and people centred approach to both the sustainable development agenda and the new climate agreement.

In 2015, the global community laid a foundation upon which we can build a safer world with opportunity for all. In concluding the 2030 Agenda for Sustainable Development and the Paris Agreement on climate change, world leaders signalled a willingness to change course – to leave behind the unequal and unsustainable traditional development models and move towards a future free from poverty and want, with abundant clean energy and a healthy environment.

In 2016 we begin to plan and implement these two ambitious, universal international processes; we must ensure that women’s voices, and human rights, inform our actions. Grassrootswomen must not be seen simply as passive recipients of climate assistance. They are key actors in achieving their right to development. By acknowledging grassroots women as agents of change within their communities, valuing their knowledge and building their capacity to adapt, decision makers can develop sustainable, long term climate solutions at a local level which will strengthen whole communities.

As we “step it up for gender equality”, I call on all those in positions of influence to provide the platforms for grassroots women to speak to for themselves. Listening to, and valuing,theirknowledge and experiencewill help to shape progresstowards 2030 that is good for people, the planet and gender equality. 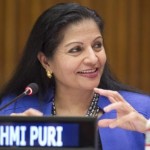 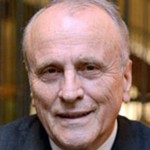 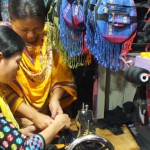