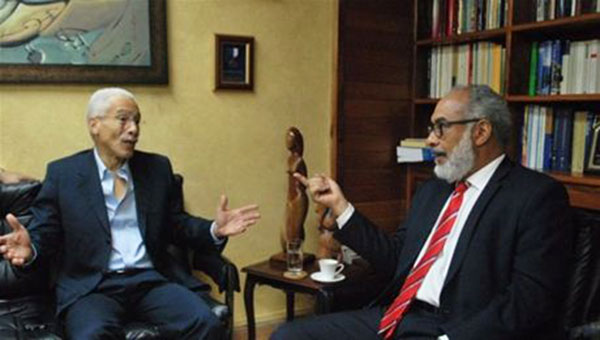 SANTO DOMINGO, Dominica Republic, Mar. 10, (CMC) – President of regional carrier Sunrise Airways, Philippe Bayard, has called on the authorities, here, and in neighbouring Haiti, to seek joint solutions to problems affecting the relationship between both countries.

Bayard, in an interview with the El Nuevo Diario, yesterday, said, the only way to put an end to issues, such as immigration, is to address them jointly.

He added, that one of the problems nagging his compatriots has been inherited from the generations since the Haitian Revolution, which culminated in its independence, but “brought about an identity crisis. In Haiti we’re still discussing what we are. We have many problems between us.”

Bayard said, Haiti’s economy would improve if it completely opens its doors to trade with the Dominican Republic.

“We must work to sell this island in a joint manner…We need to open the markets between the two nations to make it one,” he told editor-in-chief, Persio Maldonado.

He however noted, that the creation of a single market doesn’t imply opening the Dominican border to Haitians, adding, that he’s aware that much work is still needed in Haiti to find a solution to this issue.

Relations between the neighbors that share the island of Hispaniola have grown increasingly strained since a Dominican court ruled in 2013 that children born in the country to non-citizens did not qualify for automatic citizenship because their migrant parents were “in transit.”