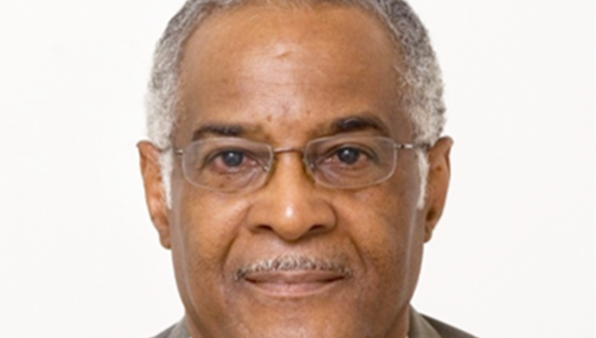 Speaking at a workshop for media workers, Sir David, the former Chairman of the Regional Judicial and Legal Service Commission (RJLSC) said, for example, both Trinidad and Tobago and Jamaica were strong advocates of the court, only to change their positions on the altar of political expedience.

Only Barbados, Guyana, Belize and Dominica are full members of the CCJ, while some Caribbean countries are signatories to the court’s original jurisdiction.

Sir David said, that in 1995-96, when the region was discussing the establishment of the court, the United National Congress (UNC), which was then in government in Trinidad and Tobago, then Prime Minister, Basdeo Panday, and his Attorney General, Ramesh Lawrence Maharaj, were very supportive of the initiative.

“We adopted them and we just didn’t just adopt them, we put them in the treaty, that a judge must have those criteria.

“While UNC formed the government of Trinidad and Tobago they fix up a building at the corner of Richmond Street, called the NIPDEC building and outside this building…you have in big silver letters ’Caribbean Court of Justice.”

Sir David, who was then the Attorney General of Barbados, said, his government was prepared to house the court, as part of a design of a new Supreme Court “and the top floor …was for the Caribbean Court of Justice.

“Well after Panday begged so hard for it, I told Owen Arthur forget that…if they want it let them have it.”

He told the journalists attending the workshop, as part of a public education campaign ahead of a referendum on whether the country should adopt the Trinidad-based court, that the Jamaica Labour Party (JLP) had raised the issue of the region having its own court way back in the 1970s.

He said, the JLP, which has publicly indicated that there must be a referendum on the matter before Jamaican cut ties with London, “is now the staunchest” among those opposing the court.

Neither Trinidad and Tobago nor Jamaica have fully joined the court, that also acts as an international tribunal interpreting the Revised Treaty of Chaguaramas that governs the 15-member regional integration movement.

Sir David said, that the other Caribbean countries “have not come on board because of constitutional impediments”.

“(In) not many of the countries you would find that the government has the two-thirds majority.

“We had in 2004 here in Antigua, but you know the other thing every government sees a referendum as a public vote on its performance in office,” he said.

He added, in St. Vincent and the Grenadines, Prime Minister, Dr. Ralph Gonsalves, sought to include “with the CCJ a range of constitutional provisions and Sir James Mitchell came out of retirement to oppose, and oppose vehemently.

“So Mr. Gonsalves did not get what he wanted and …that is why it is important that we should deal only with the CCJ when we go to referendum and ensure that we have the opposition with us, so that it is not politicised and it is done on the basis of the development of the country and the country’s interest only,” he told the workshop.