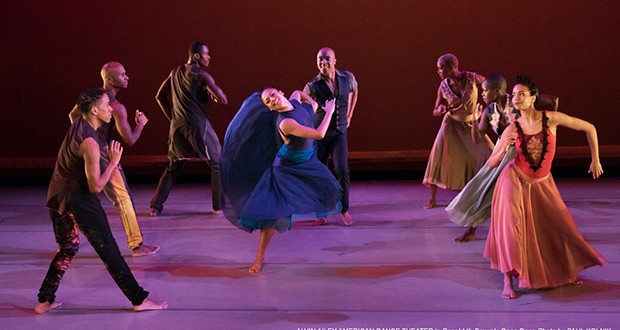 TORONTO, Ontario — Shakespeare is reputed to have said, “All the world is a stage” and, earlier this month — on March 4 and 5 — life’s drama was expressed, on stage, at the Sony Centre for the Performing Arts, where, for over 50 years, “the world has come to play”.

It was the Alvin Ailey American Dance Theater’s turn to play; and play, the dance group did.

The show was fabulous and fascinating. Dance forged a language all its own and the conversation expressed through the movement and rhythm of the Alvin Ailey dancers titillated the senses of sound, sight and imagination.

Founded by Alvin Ailey in 1958, the Alvin Ailey Dance Theatre grew from a fabled performance in New York City, in March 1958, which changed the perception of African American Dance.

The vision of Ailey, who died in December 1989, was to enrich the modern dancing heritage, and to preserve the uniqueness of the African-American cultural experience

The New York Times said of him, “you didn’t need to have known (him) personally to have been touched by his humanity, enthusiasm, and exuberance and his courageous stand for multi-racial brotherhood”.

Before his death, Ailey named Judith Jamison as his successor, and over the years, she has brought the dance company to unprecedented success — performing before an estimated 25 million people in 71 countries.

On the evening of the premiere in Toronto, the pre-performance interview craftily prepared those who attended, for the main event.

George Randolph, the President of the Randolph Academy for the Performing Arts, actor and choreographer who resides in Toronto, interviewed Michael Jackson Jr., one of the featured dancers.  The name MJ alone induced a sense of musical anticipation.

Michael is not the son of the famous MJ; and did not share any relationship ties with the audience.  However, knowing the legacy of the famous MJ, after listening to the interview and witnessing the fabulous performances, one could make the argument that they are indeed related in craft.

The interview took a life of its own at times, when interviewer and interviewee appeared totally consumed by experiential bliss as they floated into the sharing of past events and magical performances.

I am sure that those occupying the listening moment felt the passion and pleasure that these two artists shared for their craft. The greatest love of all is happening to me (a line from The Greatest Love, sang by Whitney Houston), resonated in my mind as I sat fascinated, lost in the exchange between George and Michael.

In fact, Michael stated that he communicates better and prefers communicating through dance.  It was obvious to me that he had found his passion.

Michael Joined the Alvin Ailey Dance Troupe in 2011, left due to an injury, then rejoined in 2015.  He said that he wanted to sing but discovered dance at age 14 at the Dance Studio in Washington D.C. and fell in love with the various forms of expression.

Michael attributes his success and love for dance to his teachers and mentors.  He mentioned one teacher, in particular, of whom he was terrified.  This teacher walked around with a stick.  His demeanour and behaviour left an indelible impression on Michael’s mind that he cared deeply for the success of his students.  He settled at nothing other than excellence. 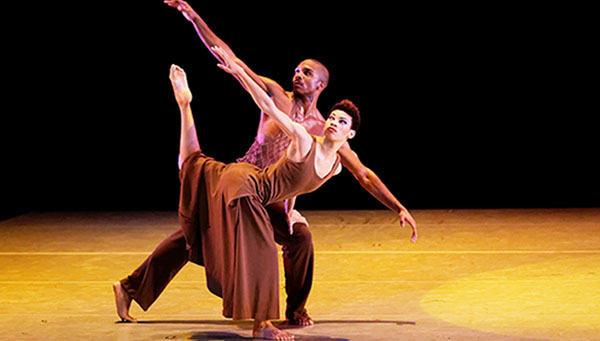 Michael spoke of him with admiration and pride as he reflected that he and other students felt that this teacher always held their personal performance as his prime intention.

Michael stated that dancing and the Arts taught him how to relate to the various facets of human emotion, which helps him to understand and interact with people. He praises technology for helping him to maintain relationships, and wonders how others managed in the past without Face Book, Twitter and the other social media applications.

He found constantly being on tour very challenging. “Travelling takes a toll on the body and maintaining flexibility and physical mobility is a dancer’s meal ticket.”

It is very important for a dancer to listen to his/her body, and after every class and performance, a prolonged soak relieves the body of muscular tightness, and stress.  He goes to the Gym, and engages in other forms of healing arts like yoga and other ancient healing methods.

Michael said he enjoys different genres of dance such as Classical, Contemporary, African, Interpretative and many others.  He stated that being in the spirit of the dance is important.

Understanding its meaning and purpose gives more credence to the expressions and enables him to be consumed and allows the dance to speak through him.  His relating to his craft in that way prevents him from ever becoming bored.

The performances were mesmerizing and the players/dancers expressed their souls on the canvas of life as they glided through the performances of: “Love Songs”; “Exodus”; “Revelations” and the other titles that formed the program.

It was a very delightful evening. I am sure that Ailey’s legacy will be preserved.