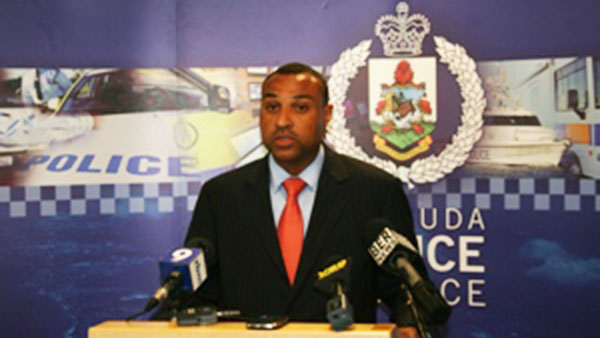 Bermuda Police Rule Out Overseas Help As Protests Rumble On

HAMILTON, Bermuda, Mar 15, (CMC) – Bermuda Police have denied that overseas military assistance is being sought, as protesters demonstrated for a third day, today, over a government initiative to reform Bermuda’s immigration laws.

“Currently, there are a number of rumours circulating throughout the Bermuda community, electronic and social, that suggest overseas military assistance has been summoned to assist the BPS during this period of civil protest and demonstrations,” said Assistant Commissioner of Police, Antoine Daniels.

“These rumours are not true, as the BPS’ overarching principle of policing public protests is to facilitate free speech, while protecting the rights of everyone. Where the police are required to intervene during a public protest, they will do so using the least intrusive and coercive law enforcement measures possible to resolve issues that arise.”

On Monday, protesters formed a ring around the House of Assembly in a nine-hour blockade that prevented legislators from entering the building to debate the controversial Pathways to Status legislation.

Protesters, who began their action on Friday, want the legislation withdrawn.

Speaker, Randy Horton, has said the House will reconvene tomorrow.

Government legislator, Leah Scott, has urged her One Bermuda Alliance (OBA) party colleagues not to push ahead with Pathways to Status in its existing form, saying, the proposals “may well be the right thing to do, but it is not right at this time”.

At least 300 people had gathered around the Parliament building as heavy rain lashed the British Overseas territory.

Transportation officials confirmed that bus and ferry services would continue to be suspended until further notice.

Dockworkers temporarily went back to work to unload the container ship, Oleander, that brought in food supplies, among other things, from the United States.

Chief Justice, Ian Rawlins, last Friday approved an interim injunction against the Bermuda Industrial Union and its president, Chris Furbert, as well as the Reverend Nicholas Tweed, spokesman for pressure group, the People’s Campaign, according to court documents.

The Ministry of Home Affairs had sought an interim injunction from the court to restrain the parties from “inciting, commencing, encouraging, persuading or influencing any person to take part in, or otherwise act, in furtherance of a strike or irregular industrial action short of a strike”.

Tweed, an African Methodist Episcopal church minister, and Furbert have consistently described the demonstration as a “withdrawal of labour” rather than an industrial action.

The application was supported by a draft affidavit by Home Affairs Minister, Michael Fahy, stating that both Tweed and Furbert had called for a work stoppage in protest over the Pathways to Status legislation, which was set to be debated in the House, yesterday.

It appeared that no action has so far been taken over the Chief Justice’s injunction. 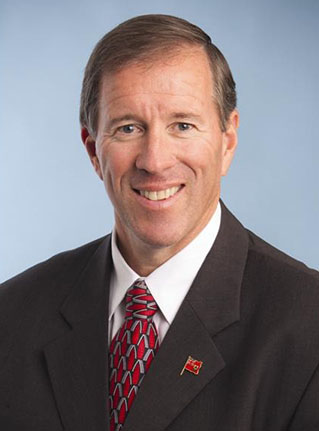 The government proposals would lead to Bermudian status (citizenship) being granted to permanent resident certificate holders who have lived on the island for 20 years.

Among Scott’s concerns are the possibility of creating an “en masse OBA voting bloc” and jeopardising job security for future generations.

“I have said, repeatedly, that if we were 10 years back and the economy was awash with cash, people were working, and houses were rented, Pathways would not be an issue,” she wrote.

“But we are here in an economy that is barely recovering and the country is in turmoil. People don’t have jobs, those who do have jobs, don’t have job security. People can’t pay their bills, can’t pay rent, (they) are losing their houses. So everything that we do that seems to be ‘anti’-Bermudian is magnified.”

She criticised Fahy, who sits in the Senate, for “pursuing his own agenda” and went on to claim that a majority white permanent resident population “will be fairly well connected”.

“Accordingly, it is those Bermudians who will get the jobs, thereby displacing our Bermudian children. Please give me a good argument to dissuade me of this.

“You need to step back and reassess this. Not only do we need comprehensive immigration reform, but we need to reform immigration comprehensively. We have to start listening to the people and stop thinking that you have all the answers and the way that you do things is right or is the only way. Based on the law of averages, you cannot always be right and you don’t always do things right.

“However, a consensus has not been reached as to how those grants should be processed and the people of this country have not been provided with any level of comfort, as to how this government intends to protect our Bermudian children,” she said.

Dunkley said, in a statement, on Monday night, that government’s proposed legislation to reform immigration was “a step for the long-term economic health of the Bermudian people”.

Dunkley said, the OBA had met with protest leaders to offer concessions to the initiative, but that they had been turned down.

While the conflict continues, Dunkley urged all parties to exercise “patience, tolerance and respect” for one another.

Fahy has said, amending the 1956 immigration act would bring Bermuda in line with the European Convention on Human Rights, generate revenue and help to address the island’s decreasing work population.

Bermuda, a British Overseas Territory, has emerged from six years of recession but the island’s economy remains fragile. Unemployment is running at seven per cent.