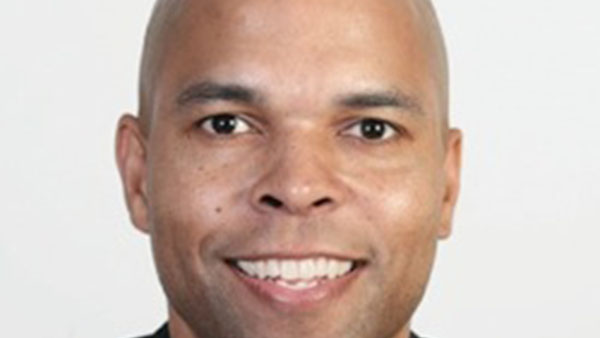 Crockwell quit, late Wednesday, saying, he had lost confidence in the ruling One Bermuda Alliance (OBA) under Dunkley’s leadership.

He said, their lack of understanding of the Black community had resulted in the tense demonstrations and industrial activity of the past week, over the proposed Pathways to Status initiative.

Demonstrators want the immigration bill withdrawn and the protest went into a fifth day today.

Crockwell, a lawyer, who said he would stay on as a backbencher, further accused Dunkley of failing to rise above political posturing.

Dunkley said, he had accepted Crockwell’s resignation “with regret”.

The Premier added: “I am disappointed with this development, as Shawn was an effective minister who progressed the government’s agenda to restore workplace jobs and opportunity for Bermudians across the island.”

Other OBA MPs, meanwhile, pledged their support for Dunkley.

A statement from party Chairwoman, Lynne Woolridge, said: “At a meeting of One Bermuda Alliance parliamentarians yesterday (Wednesday) afternoon, Minister Shawn Crockwell announced his resignation from the cabinet. I would like to thank him for his excellent work in Tourism and Transport, and value his continued participation as a Member of Parliament for the One Bermuda Alliance. It was heartening that all MPs pledged their full support for the Premier as the leader of Bermuda and the One Bermuda Alliance.”

But the Southampton West Central MP added, that he would stay with the OBA because he feared for the stability of the country if the ruling party loses numbers.

The OBA ousted the Progressive Labour Party (PLP) in the general election of 2012 but only narrowly, winning by 19 seats to 17.

“This issue is reflective of the inability of the government to listen and to appropriately gauge the temperature of the community, to understand the frustration and lack of trust that has been created.

“Time and time again, it’s not just the decisions that have been made, but the manner in which they have been made, and the inability to communicate appropriately with the Black community in particular, to bring them along and get them to understand what we have to do,” said Crockwell.

He noted, that his colleagues had also shown an “inability to put aside the political pride, listen and make the required adjustments”.

“Our community has challenges when it comes to race and political trust. With the slim majority that the OBA has, we have not done a good job in navigating some of the difficult issues. So, as a member of cabinet, if I feel that the leadership is not doing what it should be doing, if I lose confidence in its direction and methodology, then it is my responsibility to step aside.

“I have tried to lend my voice on certain issues in the room. More often than not my voice has been heard but it has not been adhered to.

“That is fine, but I felt that I could no longer serve under Premier Dunkley and the direction in which he is taking this country. I do not want to see this government or Bermuda destabilised, but this impasse that we are seeing right now, could and should have been avoided. The Premier and others couldn’t even see it coming, despite the fact that many of us did.

“When it came, it could have been resolved quickly, but it wasn’t. So we are now on the brink of civil unrest because of the management style of this government. And this is just one issue. There are many other issues that could and should have been avoided. And so for that I felt compelled to resign,” Crockwell said.

Crockwell has enjoyed a colourful political career since being elected an MP in 2007.

He defected from the now-defunct United Bermuda Party (UBP) — which ran the country from 1968 until 1998 — in 2009 to help form the shortly-lived Bermuda Democratic Alliance (BDA). The BDA merged with the remnants of the UBP to form the OBA in 2011, and was part of the OBA team that won the last election.

Crockwell was appointed to the portfolio he held until Wednesday, in the first OBA administration, but his time as a minister was not without controversy.

He, along with Mark Pettingill, the former Attorney-General and a fellow UBP defector to the BDA, became embroiled in a row surrounding the so-called Jetgate controversy that cost Craig Cannonier his job as the fledgling OBA’s first Premier in May 2014.

Crockwell and Pettingill were part of a government delegation that travelled to Washington, DC with Cannonier in March 2013, on a private jet owned by American developer, Nathan Landow.

It later emerged that Landow and a group of US business associates, in the run-up to the party’s 2012 election victory, had donated US$350,000 to an account set up by the Bermuda Political Action Club, an OBA-linked grassroots organisation.

Crockwell and Pettingill denied any wrongdoing, but Pettingill resigned his cabinet post shortly after Cannonier stepped down from the top post.

The money was aimed at mobilising voters in a grassroots campaign, although the party executive, including party Chairman, Thad Hollis, was unaware of the fund’s existence until 18 months later.

Hollis resigned his position after conducting an investigation into Jetgate.