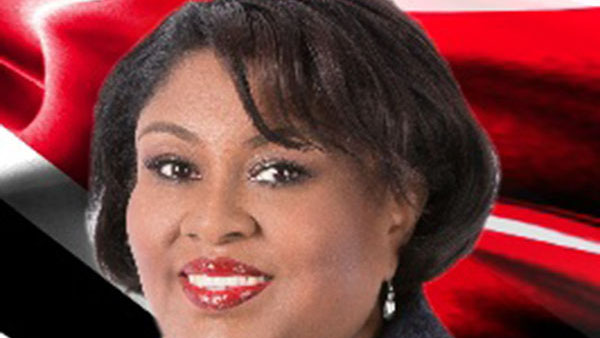 PORT OF SPAIN, Trinidad, Mar 17, (CMC) – Six months after leading the People’s National Movement (PNM) into the corridors of power after a near six year absence, Prime Minister, Dr. Keith Rowley, tonight, fired one of his most trusted and senior officers, following media reports that she had flouted Parliament rules governing the hiring of constituency staff a few years ago.

In a brief statement from the Office of the Prime Minister, Rowley said, that he had advised President Anthony Carmona to revoke the appointment of Marlene Mc Donald, his Housing and Urban Development Minister, and that he was also making a minor re-shuffle to his 23-member Cabinet.

Mc Donald had come under intense pressure after the Chairman of the non-government organisation Fixin T&T, Kirk Waithe, claimed that she had, as far back as 2008, abused her ministerial power to facilitate a Housing Development Corporation (HDC) home for her husband, Michael Carew.

While the Integrity Commission had investigated the matter and cleared her of the allegation, Waithe said, he had obtained new information and called on the body to re-open the probe.

Earlier this week, Waithe said, he also received information from the Parliament, which showed that Michael Carew and a director of the Calabar Foundation was employed at the Housing Minister’s Port-of-Spain South constituency office for five years, while Michael’s brother, Lennox Carew, still worked at the MP’s office.

Michael Carew, who worked at the office from June 1, 2010 to September 7, 2015, earned the second highest salary on the constituency payroll for the full parliamentary term.

The Parliament pays the salaries of all employees in the 41 constituency offices. 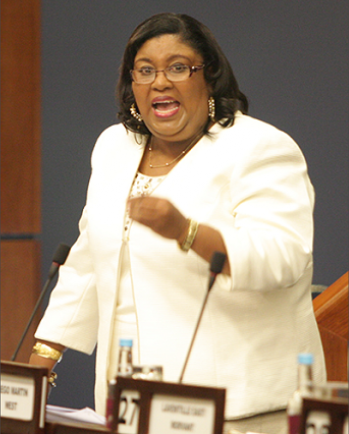 McDonald, who also served as Community Development Culture and Gender Affairs Minister in a Patrick Manning administration has denied the allegations.

Citing Parliament rules governing the hiring of constituency staff, Waithe questioned whether McDonald was not in breach.

He also noted a connection between McDonald, Michael Carew and the Calabar Foundation, which is currently being investigated by the Integrity Commission over grants it received before it officially became a duly registered non-governmental organisation.

Waite said, he forwarded the information to the Commissioner of Police and the Director of Public Prosecution.

Prime Minister Rowley, speaking on television here, Wednesday night, said, he would not ignore any new information that comes to light, saying, he had spent the day looking at the new information as had been published in the newspapers.

“I just want to give the assurance to the national community that if the facts bear out, if I have to take action, then I will,” he said.

Opposition Leader, Kamla Persad Bissessar, had threatened to move a motion of censure against the embattled minister if she was not dismissed.

“We call upon him (Prime Minister Dr. Keith Rowley) to revoke her (McDonald’s) appointment, fire her, in fact, given the evidence. He said, he wanted evidence, the evidence is clearly there. There is no further cause for pause,” Persad Bissessar told a news conference, yesterday.

McDonald, an attorney, had served in the last Patrick Manning government that lost the 2010 general election to the coalition People’s Partnership government that Persad Bissessar led to victory.

She served as Opposition Chief Whip and was regarded as a close confidant of Rowley.