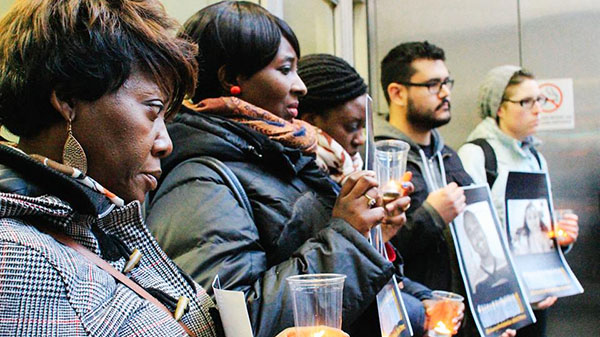 TORONTO, Ontario — The Canada Border Services Agency (CBSA) says, it currently provides open access to its facilities by independent organizations, such as the Canadian Red Cross and the United Nations High Commissioner for Refugees (UNHCR), that provide support to detainees and advocate for detainee issues.

The agency was responding to a call by the immigration rights coalition, End Immigration Detention Network, for the Trudeau government to do an overhaul of the judicial review process and to create an oversight body over the CBSA.

The group held a vigil outside CBSA offices on Victoria Street in downtown Toronto on March 15, to call for immediate action from the federal government after the death of a second immigration detainee to die while in CBSA custody in one week. 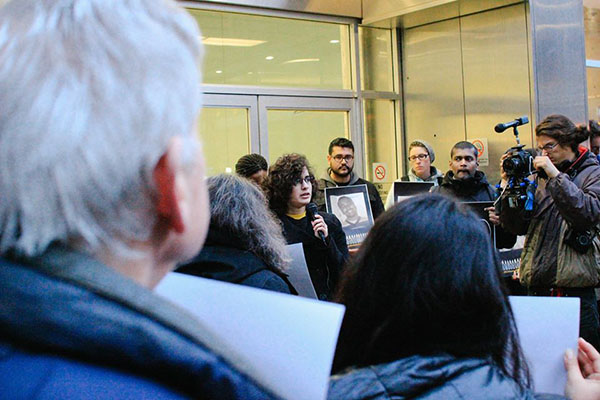 “By memorandum of understanding (MOU) with CBSA, the Canadian Red Cross has full access to monitor conditions of persons detained under immigration law in CBSA facilities as well as in correctional facilities in the provinces,” says Wendy Atkin, CBSA media spokesperson, in response to questions from Pride News Magazine about the coalition’s demands.

The coalition says Francisco Javier Romero Astorga died in Maplehurst Correction Centre on March 13 while being jailed on behalf of CBSA in an Ontario facility.

It says his death follows that of Melkioro Gahungu in the Toronto East Detention Centre on March 7.

The coalition says Astorga’s death is the 14th known case of death in border services custody since 2000, though CBSA has never publicly declared the total number of deaths in its care. 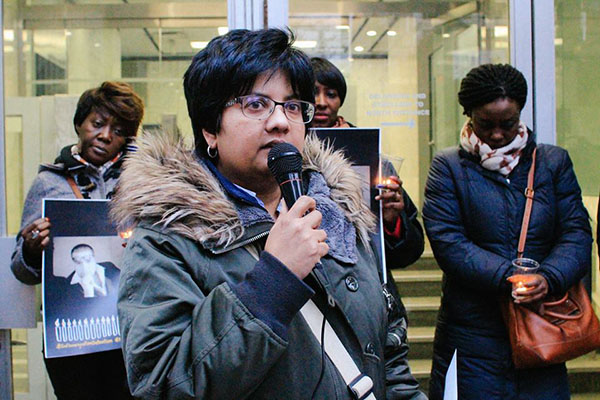 “Immigration detention is getting way out of hand. They are locking us up and forgetting about us. I have seen 5 people held in detention with me pass away while in CBSA custody, there is no end to detention and I am worried the next one will be me. I want immigration detention to end now,” says 51-year-old Francis Davidson from inside Central East Correctional Centre in Lindsay, Ontario.

Davidson has been in Canada 27 years and has been held in detention for nearly 6 years.

He has been organizing a protest strike from inside immigration detention since
September 2013.

“We were already grieving Melkioro when we heard of Francisco’s death, the heartbreak is just too much. The responsibility for this tragedy, the 14th death since 2000, ultimately lies with federal politicians who must act swiftly to end detentions, particularly indefinite detentions, stop jailing migrants in provincial jails, and overhaul the broken judicial review process so that our friends and communities do not continue to die imprisoned without charges or trial,” says Estefania Alfonso, a member of No One Is Illegal – Toronto.

“CBSA and the provincial prisons they rent out are incapable of keeping people alive in their custody and the United Nations has already issued condemning opinions against immigration detention,” says Karin Baqi, staff lawyer at South Asian Legal Clinic of Ontario.

“It is clear that immigration detention is deadly and unjustifiable. CBSA remains the only federal law enforcement agency without oversight, civilian, a human rights body or otherwise. They remain unaccountable for their crimes. These deaths will continue until they are brought under control.” 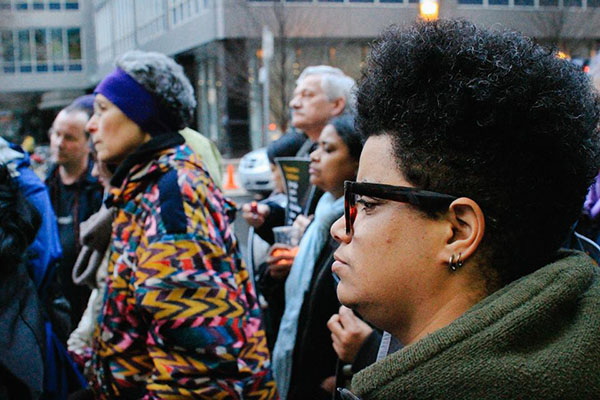 However, regarding the call for an end to indefinite detention, Atkin says to protect the safety, health and security of Canadians and the integrity of the border, the Immigration and Refugee Protection Act (IRPA) permits the Canada Border Services Agency (CBSA) to detain individuals.

“A CBSA officer’s decision to detain a person under IRPA is subject to an independent review by a member of the Immigration Division of the Immigration and Refugee Board of Canada (IRB) who may release the person or identify conditions for release or determine that detention should continue. IRB detention reviews are conducted 48 hours after a person is detained and subsequent reviews are carried out within the following seven days and every 30 days thereafter.”

Regarding the call for an end to the use of provincial jails for immigration detention, Atkin says: “The CBSA only uses provincial correctional facilities to detain higher-risk individuals, such as those who have a criminal background and lower-risk individuals in areas not served by a CBSA Immigration Holding Centre, including those detained for over 48 hours in the Vancouver area.”

Colleen Lowe, manger of communications and public affairs of the Canadian Red Cross Ontario says the Canadian Red Cross (CRC) has been involved in detention monitoring activities since 1999, following a request from Citizenship and Immigration Canada (CIC) to assess the conditions of Chinese asylum seekers detained on the West coast.

Following this request, the Red Cross signed a Memorandum of Understanding with CIC in 2002 and later with the Canada Border Services Agency (CBSA) in 2006. This includes visiting federal immigration holding facilities and/or some provincial correctional facilities in Ontario, Quebec, Alberta, British Columbia and Manitoba. 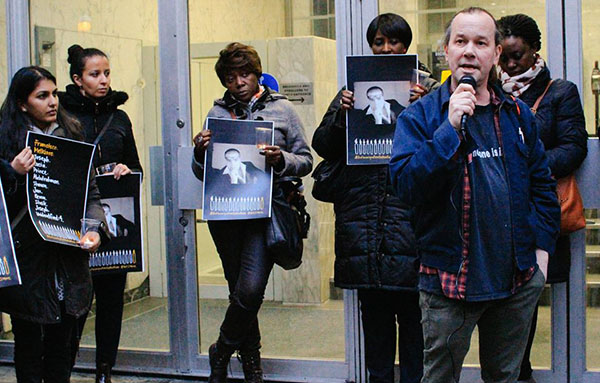 “All CRC personnel are specifically trained volunteers and staff and will visit facilities to review:‎ treatment of detainees (by staff and other detainees); conditions of detention‎; ability for detainees to contact and maintain contact with family members‎; and legal safeguards‎ including access to legal counsel,” says Lowe.

She says, due to a strict policy of confidentiality, the Canadian Red Cross does not comment publicly on its findings, specific visits to facilities or on the status of detainees.

Meanwhile, Pride News Magazine contacted the UNHCR, the UN refugee agency, about the situation of detainees in CBSA custody but did not receive a response before press time.

The End Immigration Detention Network noted that 14 immigration detainees have died since 2000, with at least 8 of them having occurred in Ontario provincial jails.