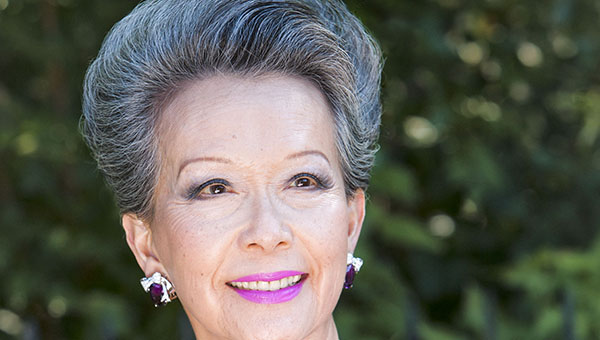 TORONTO, Ontario — Vivienne Poy is ecstatic that she will be receiving an award named in honour of her friend, the late G. Raymond Chang, at the University of the West Indies seventh annual benefit gala in April.

The G. Raymond Chang Award was established to recognize outstanding individuals who exemplify the leadership and ideals of G. Raymond Chang, a recipient of the Order of Canada and Order of Jamaica.

Chang was recognized as an outstanding business leader and philanthropist. He was the gala’s patron for five years.

The university will celebrate six leaders of Canadian and Caribbean origin, and one organization, at the gala at The Ritz-Carlton on April 2.

In 1959, Poy came to Canada from Hong Kong to pursue postsecondary studies and was appointed to the Senate of Canada in September 1998.

She took early retirement in September 2012 after serving in the red chamber for 14 years.

At that time she was pursuing her PhD and thought about how she could take on the role of senator and finish her studies as well.

Poy was given 24 hours to decide and made up her mind after the appointments officer told her that she would have made history.

“I asked him why, because not being political, I didn’t really follow a lot of stuff that was happening, appointments and so forth. And, he said because I would be the very first Asian to be appointed to the Senate of Canada, and to me that’s a huge responsibility. It is something that I need to do and actually do well to show that, yes, Asians can take a part within the Canadian government.”

To allay her concerns about finishing her PhD at the University of Toronto and being in Ottawa, the appointments officer assured her that everybody they approached was busy and that she would have enough time.

She was studying at the time to do her written exam in history – one of the longest processes in the history department at the university for someone doing a PhD – a minimum of five years.

After she accepted the nomination, she met with her professors and requested a delay of the exam for a year. It was granted and then she did it.

Poy had to learn to “survive in Ottawa” knowing that it would be very different from her life in Toronto.

“What I did, aside from all the political stuff, I continued to be involved with the community. It was because of my voluntarism in the community that I was noticed by the people around the prime minister, that was what I found out. So, they felt that I would be a good representative of the Asian community and in particular the Chinese Canadian community. I just took that responsibility very seriously.”

Even before she was officially installed, she had people appealing to her for help and invitations to go across the country and meet people.

“I took that very seriously and for that reason I have established credibility and great friendships right across the country.”

During her time in the senate, she was integral to establishing May as Asian Heritage Month in Canada.

The recognition of that month started in the U.S. in the 1970s and some Canadian communities had adopted the same month to celebrate Asian heritage.

In her second year in the office, she was invited to one of those celebrations in Calgary – her first introduction to it – and then she went back to the senate and thought about the necessity for such a month.

The Senate of Canada adopted the motion on Dec. 6, 2001, and in May 2002, the Government of Canada signed an official declaration to designate May as Asian Heritage Month.

“To me, what is important is not only should Asians celebrate, it should be people who celebrate the Asian part of our Canadian culture and this is happening in a lot of cities across Canada. And, to me, that’s very important. Also, the federal government celebrates it.”

Apart from being a wife, mother, grandmother, entrepreneur, philanthropist, fashion designer and community volunteer, Poy is also an author and historian. 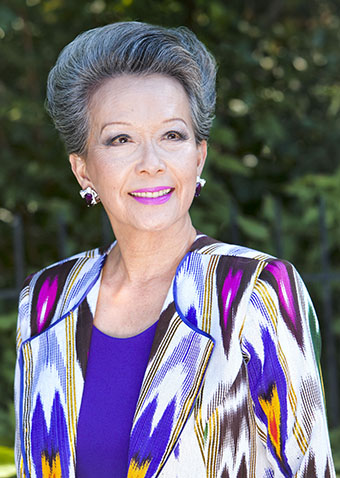 A lover of historic research, she has written about her family — her grandfather and father — and her last book, the eighth one, is about the Poy family and was published in November 2015. She has also written academic books and co-authored and edited books.

Poy has always loved history because she enjoys reading about real people and real events.

“That’s why I call myself an author of non-fiction because I think real lives are much more interesting than something you make up.”

When she retired from the senate, she wrote on her website that she was leaving to become a “full-time writer and globetrotter” and to spend more time with your family.

It is part of Chinese culture to have a proper beginning and a proper ending so she entered the senate in September 1998 and left at the end of September 2012.

“That was the date I chose to take early retirement because I just felt that it was really taking a toll on me because of the constant traveling, the constant rushing around and I was always working, weekends, weekdays because there were always speeches to prepare. I’m always running for planes and I just really got tired of that and I thought no I want to have more time….”

Now she has more time for her family and grandchildren and she travels a lot.

Poy, who is Hakka on her mother’s side, has been the patron of the Toronto Hakka Conference from its inception after Chang and Keith Lowe asked her to do so. The fifth conference will be held at York University from July 1-3.

“I am very interested in Hakka story based on the people from northern China who came to southern China later and the Hakka women are known to be strong women. They always work and fight beside their men.

“To me, being proud of your heritage is extremely important and I know the Chinese from the Caribbean are very proud of not only being Chinese but about coming from the Caribbean. I feel the same way. I feel proud of my Chinese heritage but I’m also proud of having come from Hong Kong.”

Poy noted that although she was not successful at it, when she was in the senate she worked very hard to reverse, “O Canada,” the national anthem, to its original wording that included everyone, “which means it included women.”

She had proposed two bills and won unanimous support in the senate. However, when the Conservatives formed the government in January 2006, she handed everything over to Senator Nancy Ruth who was at that time independent and is now a Conservative senator championing the idea. The Stephen Harper-led government did not support the idea.

A bill was tabled again in the House of Commons in January by Liberal MP, Mauril Bélanger, who wants to make the anthem more gender neutral.

“That was a very big part of my work for women in Canada,” says Poy.

The original wording of the national anthem before the First World War said “in all of us command” but Poy suspects that it changed to “in all thy sons command” because of the impending war and it has stayed that way since.

She said the most traditional men were in favour of the wording remaining but young women wanted it changed.

Poy served as Chancellor of the University of Toronto from 2003 to 2006 and is active in many community and cultural organizations.