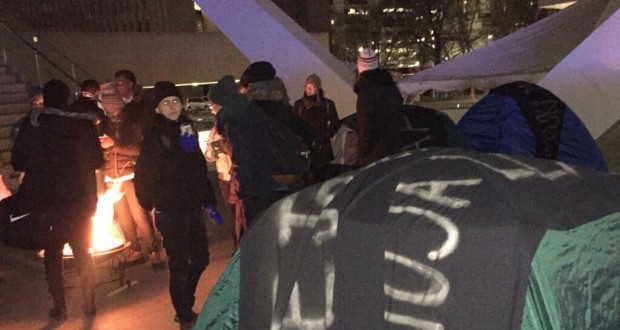 The protest came on the heels of the Special Investigation Unit’s (SIU) decision not to charge the unnamed Toronto police officer saying he did not exceed “the ambit of justifiable force in the circumstances” when he fatally shot Loku, who was holding a hammer, SIU director Tony Loparco said in a statement.

The scene outside of police headquarters took a turn as Toronto police started to douse the fires and dismantle the tents of the protesters claiming it was “required for safety” and added that the “peaceful protests may continue.”

Black Lives Matter Toronto has been protesting many events across the GTA lately. Last month, the group crashed Mayor John Tory’s inaugural Black History Month (BHM) celebration for youth, at Toronto City Hall saying they want to “highlight the injustices against Toronto’s Black communities”. Last July, protesters shut down a section of Allen Road due to the SIU’s decision to clear police officers in the shooting homicide of Jermaine Carby.

Today, the hashtag #BLMTOtentcity has been trending on Twitter with a flood of angry tweets towards Toronto Police for crashing the protest. Toronto Police Chief Mark Saunders said, “the [Toronto Police] will always continue to support lawful protest… it is one’s democratic right in Canada.”

The @TorontoPolice will always continue to support lawful protest, as it is one’s democratic right in Canada.

Apparently “support” is beating up peaceful protesters, pushing us into fire & poisoning the air #BLMTOtentcity t.co/z9FG1vVePE

The group claimed that “police literally [pushed] people into the fire pit, almost killing people… with their violent ambush.”

Police literally pushing people into the fire pit, almost killing people in this space with their violent ambush. pic.twitter.com/iRalkDmKUr

Diverlus says police contradicted themselves by citing concern for protesters’ safety while removing their heat and shelter. #BLMTOtentcity

According to CBC, Sandy Hudson, co-founder of Black Lives Matter Toronto stated, “We’re going to stay here until our community feels like we have been heard.” 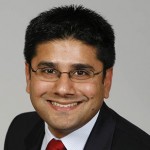 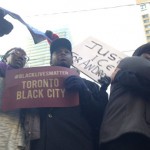 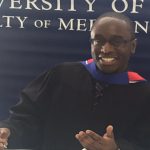