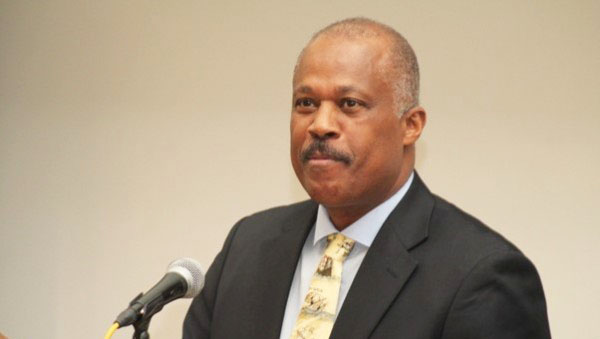 PORT OF SPAIN, Trinidad and Tobago, Mar. 22, (CMC) – The University of the West Indies (UWI), today, expressed concern at the low percentage of young people in the Caribbean seeking higher education, as it outlined new initiatives, aimed at making the regional education institution more responsive to a changing global environment.

UWI Vice Chancellor, Sir Hilary Beckles, speaking at the Campus Council meeting of the St. Augustine Campus, said, greater access to higher education is important, and lamented the fact that “we still don’t have enough of our citizens in higher education, professional training skills.

“We need to continue to push for more of that,” he said, noting, that “we in the English-speaking Caribbean have the lowest percentage of our young people in tertiary education in this hemisphere.”

“It is very disturbing to me that that’s the case,” he told the Council, adding, “and we have to do better.”

The Barbados-born historian and academic said, it is also true that the university has to be “more alert to global opportunities” and he welcomed the number of projects outlined by the outgoing St. Augustine Campus Principal, Professor Clement Sankat, for the coming months ahead. 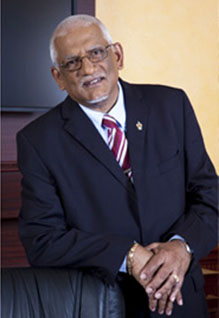 “This is also significant in globalising our university,” he said, noting, that the “alertness of global opportunity will be an agenda at our next strategic plan”.

But he said, critically, will be the university’s determination to align itself to industry.

“We have to naturalise the relationship of the university to industry. There must be no space between the university and industry. Industry and academia must go hand in glove, together conceptualising the development of our economies,” he said.

Sir Hilary warned, that wealth generation is important to keep the university functioning, adding, “it is within this context the university has already created the context for a new kind of professorship…”

He said, in the next academic year, “we are going to be offering …professors of expertise. Professors of practice that is the concept we are formulating.”

He added, the new initiative is a “globally respected concept, where universities offer and confer professorships on distinguished members of the wealth-creating community, entrepreneurs, investors, innovators, who bring tremendous values to their economies”.

Sir Hilary said, that the professors will be assessed and approved in the traditional way to establish the credentials, and their excellence which will be respected.

“The concept of Professor of Practice, hopefully, will be a bridge between the university and industry where entrepreneurs and professors operate side by side together. This is how it is done…in South East Asia where we have seen spectacular rates of economic growth over the last 20 to 30 years.

“Professors, entrepreneurs and investors working hand in gloves together often times in the same space. But we do recognise and you have heard that this is a difficult time for commodity prices for countries such as Trinidad and Tobago and we have seen difficulty being faced in this country as result of this global trend,” Sir Hilary said.

He told the Council, that he has given the government the assurance that the UWI would work “closely” with it “in the management of this fiscal situation so that we can plan in the most dignified…way how we proceed.

“When the country has had surplus, that surplus was shared generously with this university, that surplus is no longer there and we have to share the hard times with the same purpose and dignity as we have shared the surplus,” Sir Hilary added.

In his address, Professor Sankat called for continued good governance at the university, saying, what he has learnt “in my 48 journey years in St. Augustine and UWI, good governance will sustain a good institution and I hope all the things we are learning and all the processes …will continue to be strengthened”.