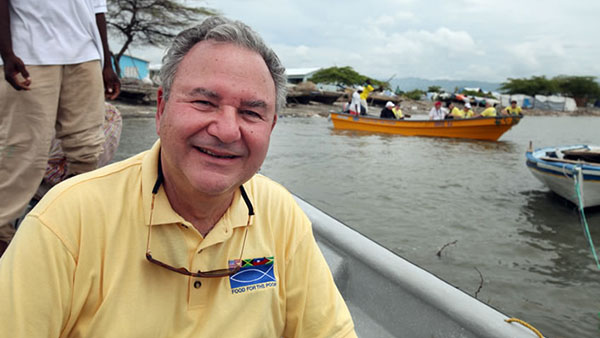 KINGSTON, Jamaica, Mar. 26, (CMC) – The inter-denominational Christian ministry, “Food for the Poor”, says, it has been able to secure the release of non-violent prisoners in several Caribbean countries for the Easter season.

Food for the Poor, one of the largest international relief and development organizations, said, it had been able to secure the release of inmates in Guyana, Jamaica, Haiti and Honduras.

It added, that prison overcrowding is a major problem in the Caribbean and Latin America and, in some cases, becomes a deadly environment for inmates and correctional officers working in these facilities.

It recalled the incident in Guyana last month, when 17 inmates in the Camp Street Prison in Georgetown, Guyana, lost their lives, and at least eight others were injured, after frustrated inmates set fires to protest crowded and unsanitary conditions. 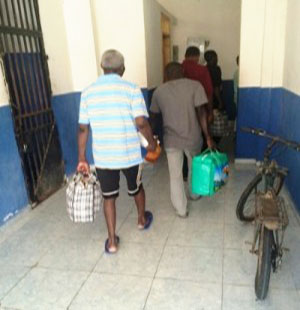 Haitian prisoner leaving after their fines were paid by Food for the Poor.

Food for the Poor said, that it has worked to free 256 inmates for Easter, including four from Guyana, 232 in Haiti, nine from Jamaica and 11 from Honduras.

“I understand if a person commits a crime they must face the consequences of their actions, but the majority of these first-time offenders are being locked up with hard core criminals for weeks, months and even years, at a time, because they cannot afford to pay the minimal fines for their freedom,” said Robin Mahfood, President and Chief Executive Officer of Food For The Poor

Each inmate released this week in Haiti received a hot meal, a 100-pound bag of rice, personal care items, and a monetary gift for transportation home.

“We serve a God who is very merciful,” said Mahfood, adding, “we can only pray that each prisoner who was released, will recognize that our Lord is a God of second chances.”