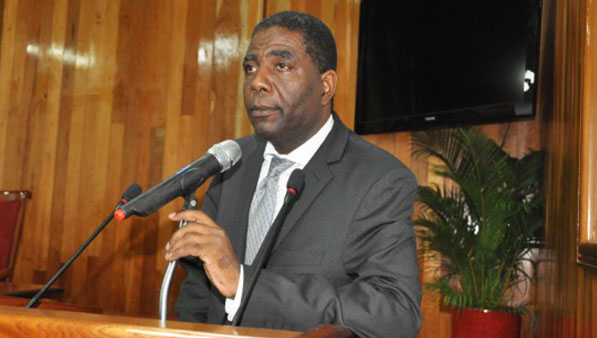 Lawmakers in this French-speaking Caribbean Community (CARICOM) country gave the nod to Professor of Administrative Law, Enex Jean-Charles, who has also served as an advisor to several heads of state.

The Lower House Chamber of Deputies voted in favour of Jean-Charles serving as a transitional government’s prime minister by a 78-1 vote with two deputies abstained.

The Senate had unanimously ratified his policy statement late Thursday.

Last Sunday, Privert watched as legislators voted down Jean and the Provisional Electoral Commission (CEP) that is needed to organise the twice-postponed presidential runoff vote, following President Michel Martelly’s departure from office on February 7 without any successor being elected.

Last week, Sandra Honore, the top U.N. envoy for Haiti, told the United Nations Security Council that Haiti was at a “critical juncture” in consolidating its democracy and the next few weeks would be decisive.

“It is with a feeling of a heavy load in an extremely difficult situation that I accepted the post of prime minister,” Jean-Charles had said after his nomination was announced on Tuesday.

Privert, who had earlier said he would wait for Jean-Charles to get the nod from parliament before naming members of the CEP, will now seek to move ahead with plans for development, as well as fresh presidential elections scheduled for April 24.

Before his nomination was approved Jean-Charles said, his government would apply the “technical recommendations” of a special electoral commission that examined the disputed October 25 first round presidential vote and made various proposals to improve polling and overall transparency.