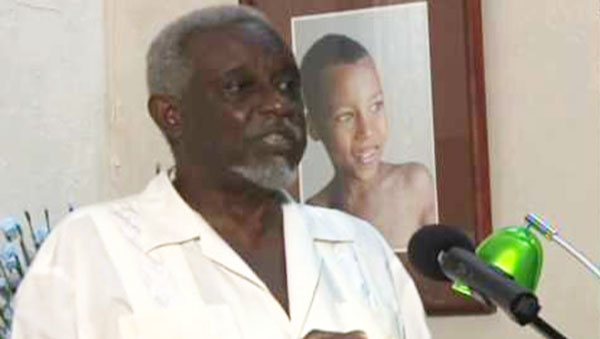 Photo above is of Haslyn Parris.

Parris, who, in the 1970s, became a member of the Central Executive of the then-ruling People’s National Congress (PNC), suffered an aneurysm, Sunday night, at his residence in Buxton, East Coast, Demerara.

In 1991, the economist and mathematician demitted office as deputy Prime Minister, at the age of 50-years-old.

President David Granger hailed Parris, who received the Cacique Crown of Honour (C.C.H.) in 1980 — one of the country’s highest honours — as a “distinguished Guyanese”, who “made tremendous contributions throughout his life, as a very young man to the present time”.

The President said, his “intellect and his public service are well-recognised and we certainly would miss him”.

Parris, a former Chief Economist at the Bank of Guyana — who also served as Coordinator of an Oversight Committee on the Constitutional Reform Commission from 1999 to 2000 and was also a former member of the Guyana Elections Commission (GECOM) — died in hospital.