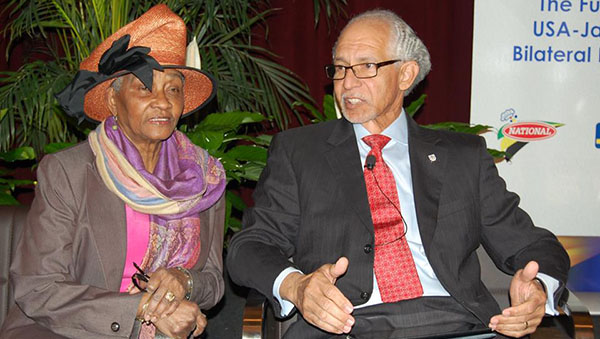 NEW YORK CITY, New York, Mar, 29, (CMC) – A former Jamaican diplomat says, the island-state needs to look to its Diaspora in the United States so to improve its socio-economic fortunes in the future.

Curtis Ward, the former ambassador to the United Nations, told a forum here, over last weekend, that Jamaica needs to better engage members of its Diaspora to advocate its concerns.

“Many Jamaicans are familiar with working with the US government. Former New York City Councilwoman, Una Clarke, can tell you how many times she has been to Capitol Hill in a private capacity, and, it far exceeds advocating for Jamaican and Caribbean issues, than for the advocacy of the Caribbean diplomatic corps in Washington,” he told the forum, “Security and Good Governance in Jamaica”, led by the Caribbean Policy Research Institute (CaPRI) and the US Embassy in Kingston, with support from Continental Baking Company (CBC) and Jamaica National Building Society (JNBS).

“This is an area where we need to fill that gap,” he said, arguing, that the Caribbean Basin Security Initiative (CBSI) was framed with the US, to assist countries in the Caribbean to build capacity against drug trafficking and related activities.

But he told the 200-strong audience, the resources from Washington have not been adequate.

“This is due, in part, to the lack of cooperation from the US Congress,” Ward said, although he prefaced his comment with an acknowledgment of US efforts, which have resulted in Jamaica having the strongest maritime security in the Caribbean Community (CARICOM).

Ward told the forum — the fourth in a five-part series of discussions by CaPRI and the US Embassy under the “Dialogue between Democracies: the Future of US-Jamaica Bilateral Relations” project — that funding for the US Southern Command, which is responsible for securing the US southern border and cooperate with governments in the region in drug interdiction, has been insufficient.

He added, Congress had cut, in half, the original appropriations requested by President Barack Obama to fund the CBSI, although, he opined, the CBSI has been underfunded since its inception.

However, he noted, successive Jamaican governments have equally failed to make a strong case for more funding.

“As a result, the level has been far less than what is needed to deal, adequately, with the problem,” he said, adding, there was also need to support Jamaica with gathering and using intelligence effectively.

Against that background, he called for Jamaica to make better use its people in the Diaspora to support its causes.

In her presentation, Clarke called on Jamaicans overseas to strengthen their organisation in the United States, so that they can be better positioned to represent the concerns of Jamaica and the Caribbean. 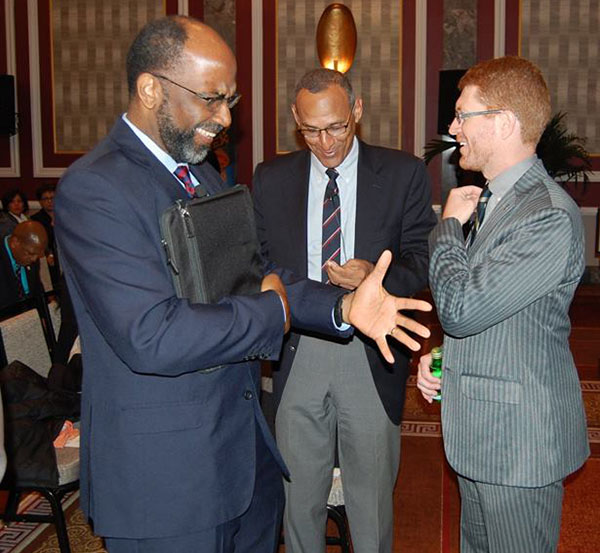 “We are here in the United States with the same ability and brain power, therefore, if we would cooperate with each other, the way other ethnic communities do, and, especially to vote, so that candidates can understand that our vote could pose a threat to their office, then, we would get what we want for Jamaica and the rest of the Caribbean.”

She added, however, that there needs to be stronger coordination between Jamaica and Diasporic communities, so that Jamaicans overseas are clear about what the nation’s issues are, that they can be better able to identify how they can advance Jamaica’s interests.

“We need to reconfigure and work with [those positioned in Jamaica] so that there is no lack of information about what the needs are for Jamaica. We have to insist the ways other [ethnic] groups insist, because it is our tax dollars that goes someplace else.

“We have people in United States of America, from the highest high in government to the lowest low of what immigrants do. And, if we bring out everyone, together, to determine what we are going to do, to back up Jamaica…it will get done,” she said.

JNBS General Manager and CaPRI Vice-chairman, Earl Jarrett, said, he would be willing to lead the establishment of a database of Jamaicans, overseas, who are willing to serve on public sector boards, which could be shared with government and related agencies to support initiatives to engage Jamaicans in the Diaspora.

Jarrett, who is also Chairman of the Jamaican Diaspora Institute, suggested, that now is a good time for the Jamaican government to look at how it can include nationals overseas on local boards of agencies.

“I know that the question will arise: How do I make myself available? One can initially write in to the Cabinet Secretary and send in your resume. And, on our part, your response would assist with creating a database of persons who are willing to serve,” he said.