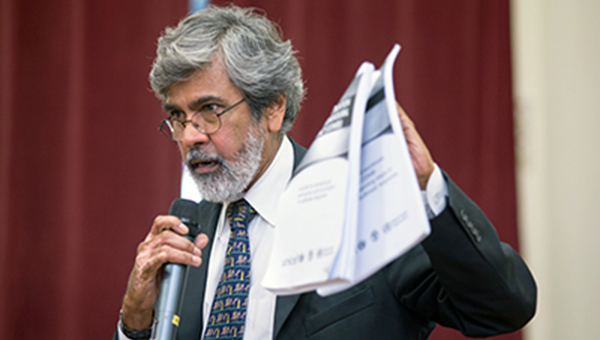 Photo above: Dr. Everold Hosein. Photo courtesy of the Journalism and Media Studies Centre, The University of Hong Kong.

PORT OF SPAIN, Trinidad and Tobago, Mar. 29, (CMC) – The former head of the Caribbean Institute of Mass Communication (CARIMAC), Dr. Everold Hosein, has criticised the major daily newspapers in Trinidad and Tobago, over their coverage of the September 7 general elections in the country.

“The major daily newspapers of Trinidad and Tobago can, and should, do a better job of fulfilling their press responsibilities when it comes to covering political discussion, by pressing for a development orientation to some of this discussion,” said Hosein.

Hosein, an adjunct professor at New York University and Indiana University/Global Health Communication Center, said, “some coverage of ‘scandal’ is not abhorrent, but the print media can better help frame the public agenda”.

In a paper titled “Sudy of Political Press Coverage in the Print Media in Trinidad and Tobago August-September 2015″, Hosein — who taught at the University of the West Indies (UWI) Institute of Mass Communications — said, the print media play a vital role in setting the public agenda, and informing and educating the public of important issues of the day.

“These public service roles are extremely critical at election time, as a country makes crucial decisions as to which politicians are to be elected to govern the nation. In the context of a developing society such as Trinidad and Tobago, these roles are socially important, as the nation decides on which political representatives will help guide the nation through the development challenges faced in a variety of sectors: education, health, the environment, the economy, parks and recreation, amidst others,” the media expert proferred.

He said, the study was intended to analyse the content of the three major daily newspapers in Trinidad and Tobago, the Daily Express, the Trinidad Guardian and Newsday, during the period after Nomination Day August 17 and Election Day September 7, 2015.

“It is during this period that national discussion is most intense about the political-development direction of the country. What is covered in the press tends to lead the discussion and voting decisions, and the print media, in particular, seen as the written word, carry significant weight.

Hosein said, that the first 11 pages of each newspaper were analysed during the study period, arguing that this decision was based on the well-known phenomenon of “Selective Attention”, which indicates that most newspaper readers pay attention to just the first few pages of a newspaper, usually the first nine pages, as they flip through the paper.

The study found that stories on crime, accidents and disasters (CAD) were high in all three papers, while stories on government actions or statements (GAGS) were low. The study also found that the proportion of NPIO stories (no political interest, not CAD, other) was about the same for all three newspapers.

Hosein acknowledged that newspapers are business enterprises first and foremost and that during the election season, the three newspapers spent the greater proportion of their space, close to 40 per cent, on stories of political interest but with no orientation to any serious development issue. 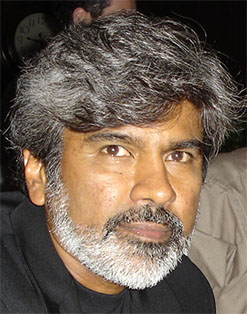 Dr. Everold Hosein is also a Senior Communication Advisor-Consultant with the World Health Organization (WHO).

“The stories were about the horse-race, what the polls were saying, who was accusing whom of something illegal or improper, political tactics, political theatre (parades and marches and rallies) but no substantive analysis of development issues.

“One could argue that the newspapers simply covered what was there: If politicians were into talking thrash, then one covers trash. It is not newspapers setting the agenda then, it is the politicians. But this lets the print media too easily off the hook and ignores a core responsibility of the press, besides making profits of the owners: to serve the public interest and to be a watch guard of society,” he added.

Hosein said, that political coverage, where there was even a hint of a development topic being discussed, was “pathetic and dismal”.

He said, on average, less than 10 per cent of the stories dealt with politics oriented towards a development issue.

“Most of this were the development promises made by the political parties in their manifestos, gender issues and rights, domestic violence, and a little on the economy and employment, among other topics.

“There was no serious discussion/analysis of education, health, the environment, the economic future, employment, and what the various political parties were proposing,” he said, arguing, that “even when politicians were not discussing these issues, our newspapers have a responsibility, in the form of investigative journalism and interpretive journalism, to do their own analyses of these issues and insistently pursue serious discourse by politicians on these fundamental development issues.

“There is developmental and political commentary in some of the newspapers, especially in their Sunday editions, but these are often buried in the bulky newspapers, with “Selective Attention” killing the possibility that these commentaries will be read by the mass of the readership.

“The public deserves in-depth investigative pieces up front, the first 11 pages, if not the first five pages,” he said, adding, that newspapers, here, can make money and still help set the public agenda, especially at election time, by fulfilling their journalistic function to serve the public interest.