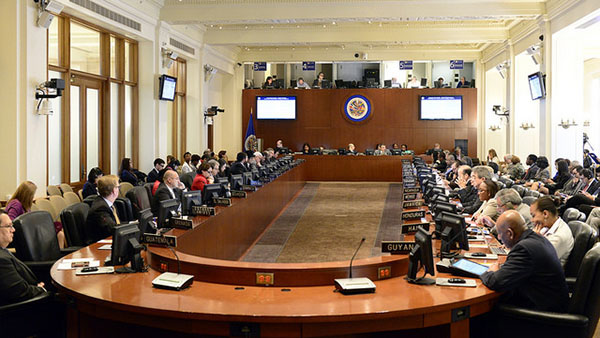 WASHINGTON, DC Mar. 30, (CMC) – Caribbean Community (CARICOM) countries, today, urged the Organization of American States (OAS) to lend support to their claims that the end of correspondent banking will seriously undermine the socio-economic development of the region.

Belize Ambassador to the OAS, Patrick Andrews, speaking on behalf of the seven CARICOM countries – Antigua and Barbuda, Bahamas, Barbados, Belize, St. Kitts-Nevis, St. Lucia, and St. Vincent and the Grenadines – that have requested a special meeting of the OAS Permanent Council on the issue, said, the OAS Charter “enjoins our member states to promote…the social and cultural development” of member countries. 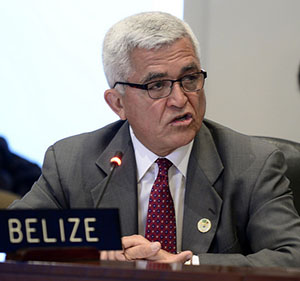 “By introducing this matter in the Council and by proposing a declaration, the proposal from CARICOM and Central America seeks no more than the fulfilment of obligations to each other that the OAS Charter has established,” Ambassador Andrews said.

CARICOM countries have criticised the decision by banks in the United States and some in Europe to end their relationship with indigenous banks in the region “as a result of the de-risking strategies employed by the global banks”.

In addition, the regional countries contend that the withdrawal, restricted access and /or the higher cost of such services, allegedly in response to the heightened regulatory posture of regulatory authorities, would destabilize the financial sector in member states with deleterious effects on growth and economic progress, as well as national security.

The Caribbean countries said, that they have complied with all global regulatory standards, including those established by the Financial Action Task Force (FATF) and the Global Forum, and have been scrutinized in every detail by the International Monetary Fund (IMF) and other multilateral institutions.

Andrews told the OAS Special meeting, that the move would have “a significant impact on the economic growth” of the region and repeated some the arguments made by CARICOM at a World Trade Organization (WTO) meeting earlier this month.

He said, research done by the WTO has revealed that over eight per cent of global trade relies on trade finance.

“Developing countries like those in the Caribbean do not have access to trade finance, they are in a disadvantageous position,” he said, adding, that “de-risking practices have profound economic and humanitarian consequences, particularly those related to interruptions in global remittance flows”.

Andrews argued, that any reduction in remittance flows “will have clear and tangible impact on these countries, where remittances account for a significant portion of their GDP (gross domestic product).

He said, numerous reports have highlighted the personal and other repercussions of any curtailment of remittances, including the inability of families to pay for health care, food, housing, school fees and purchase of goods.

Former Bahamas Financial Services Minister, Ryan Pinder, who was among four experts who addressed the OAS Permanent Council, said, that remittances to the region was estimated at US$10 billion dollars and regarded the decision to end corresponding banking as “taking us backward”.

He said, this has already led to economic retrenchment and “this entire retraction in corresponding banking will drive transactions to be more or less transparent alternatives and support of money laundering”.

Andrews said, “this is therefore a worrying development, as it has the potential to threaten the region’s economic stability and capacity to remain properly integrated into the global financial trade and economic system.” 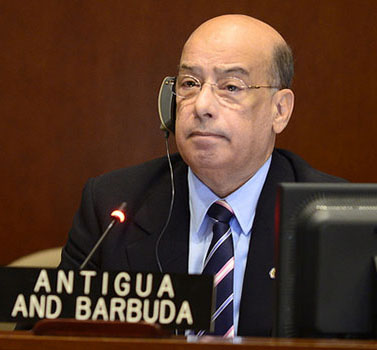 “They have also adhered, strictly, to the recommendations of the Financial Action Task Force on money laundering and anti-terrorism financing and to requirements of the global forum, the Organization for Cooperation on Economic Development on tax matters.

“And even though they have been wrongly labelled as tax havens, they have tax information exchange agreements with every major country in the world,” he said, noting, that the reason the issue is being raised within the OAS “is because more than half of the member states of this organization are adversely affected”.

Sir Ronald said, one of the seminal principles of the OAS Charter is that “economic cooperation is essential to the common welfare and prosperity of the peoples of the continent.

“Where better than the Organization of American States to raise an issue that confronts so many of our people?” he asked, adding, “our purpose therefore, is to find a common ground on which our member states can work together, and find fair and balanced solutions to this matter.”

Caribbean countries have proposed a draft resolution, for adoption by the Council, in which they say they recognize the ongoing work of the United Nations on the issues and the call made in the Monterrey Consensus of the International Conference on Financing for Development for greater coordination of the work of the concerned multilateral bodies and relevant organizations giving special attention to the needs of developing countries.

They also recall the global commitments for transparent, reasonable and objective national regulation and limiting unnecessary barriers in trade in services, with the goal of strengthening economic integration.

They want the Council to adopt the resolution that indicates “there is an urgent need for action to be taken to ensure that banking regulations, designed to foster transparency and accountability and prevent money laundering and terrorism financing, do not result in financial exclusion and economic decline of small economies.

The regional countries also say, the “prevailing situation of the severing of correspondent banking relationships with commercial banks in some members states by global banks in other member states, poses a severe threat to the economic growth, social development and political stability, especially of small economies by curtailing their ability to participate in standard international financial and economic transaction”. 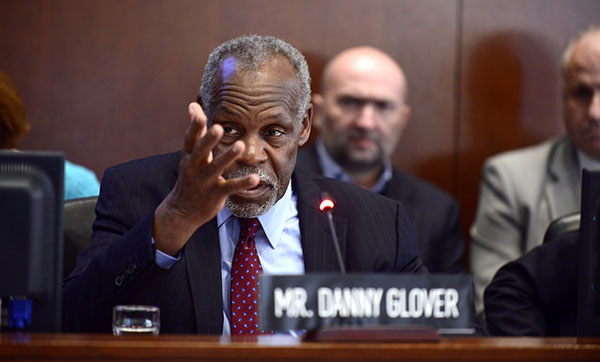