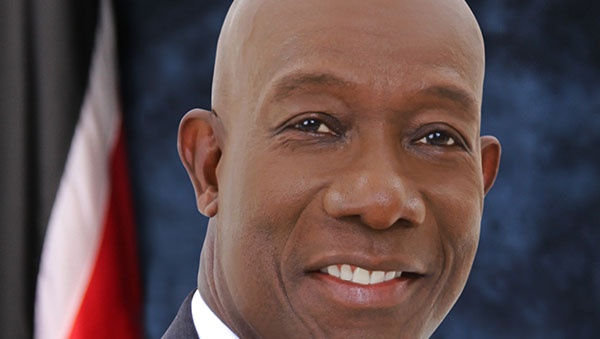 PORT OF SPAIN, Trinidad and Tobago, Apr. 4, (CMC) – Prime Minister, Dr. Keith Rowley, has described the crime situation in Trinidad and Tobago as a “national crisis”, and how vowed that his administration will seek to enact legislation to deal with criminal activities, with or without the support of the opposition.

“We invite the Opposition to join us in the battle against the criminals and with or without them, we are going to go ahead and pass that law,” Rowley said, making reference to the amendments to the Strategic Services Agency (SSA) and Interception of Communications bills, in order to give the SSA greater scope, authority and ability to get involved in collecting information about people who are intent on committing crimes.

Addressing a special convention of the ruling People’e National Movement (PNM) here, yesterday, Rowley, said that so far this year, 122 people have been murdered and, if left unchecked, the murder toll would reach 500 by year end.

“I am putting it to you today, that that level of unacceptable conduct is a national crisis,” he said, telling party supporters that the opposition legislators were opposing the plans to amend legislation to give the security agency more powers to deal with crime.

He said the legislation was the same that the People’s Partnership brought in 2010 and passed with the support of the then PNM opposition.

Rowley said his six-month-old administration was prepared to do what is required to deal with the crime situation, adding that the problem of the low detection rates was high on the government’s priority list.

“You cannot have a detection level, in the face of a killing spree like this, of nine, 10, 12 per cent. The criminals know that the odds are in their favour. We have to improve that.

Rowley dismissed reports that nothing has been going on in the government since it came to power on September 7, last year, telling supporters his administration would not be “jumping up and down and waving (a) flag”.

He warned that his government was prepared to prosecute members of the Kamla Persad Bissessar-led People’s Partnership government on the multi-billion dollar Point Fortin Highway, after indicating that it would ask the Integrity Commission to investigate the former government on the project.

Last Friday, the Minister in the Ministry of the Attorney General, Stuart Young, told Parliament that the former government provided a multi-billion dollar contract to a Brazilian company to construct a highway here.

“Government’s intention to request that the Integrity Commission investigate this travesty as there appears to be a breach of section 24 of the Integrity in Public Life Act, as persons performing their functions and administering public resources for which they were responsible, did not do so in a cost-effective or efficient manner.

“In fact, on the face of it, Contract Addendum No. 2 has the distinguishing features of a conspiracy which may require the attention of the law enforcement agencies,” Young added.