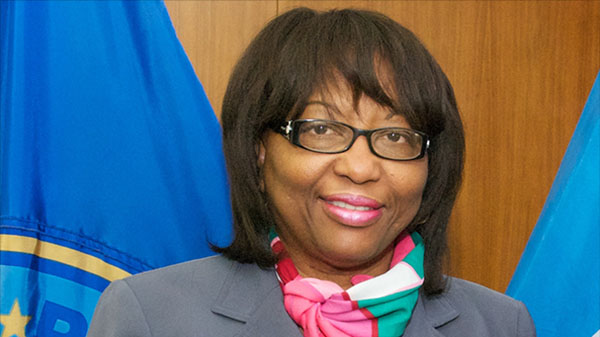 WASHINGTON, DC Apr. 7, (CMC) – A new World Health Organization (WHO) report says the number of Caribbean nationals living with diabetes has tripled since 1980, adding, that one in 12 inhabitants live with diabetes in the Americas.

Today, the Pan American Health Organization (PAHO) said diabetes is currently the fourth-leading cause of death in the hemisphere, following heart attacks, strokes and dementia.

The health organisation says if current trends continue, experts estimate that nearly 110 million people in the region will have diabetes by 2040.

The first Global Report on Diabetes from WHO is being launched this week in Geneva and Mexico City, as part of the 2016 World Health Day campaign, which is dedicated to diabetes.

The WHO report highlights the urgency of stepping up efforts to prevent and control diabetes, particularly through public policies that support healthy lifestyles and by ensuring that health systems are able to promptly diagnose, treat and care for people with diabetes.

“The best way to prevent diabetes is for people to follow a healthy diet, avoiding ultra-processed foods and sugary beverages that are high in calories and low in nutrients, and to engage in regular physical activity to help maintain a healthy body weight,” said PAHO’s Dominican-born Director, Dr. Carissa F. Etienne.

Preventing diabetes, however, “is not just an individual responsibility,” Etienne noted.

Rather, she said, governments need to adopt effective public policies and measures that help “make the healthy choice the easiest choice to make.”

She revealed it is a major cause of blindness, kidney failure, lower limb amputation and other long-term health problems that have a significant impact on quality of life and increase the risk of premature death.

In addition, the PAHO Director said medical care for diabetes and its complications take a high financial toll on families and health systems.

In 2014, diabetes-related health spending in the countries of the Americas amounted to US$382 billion.

Etienne noted the vast majority of people with diabetes suffer from type 2, which is closely linked to obesity as well as a sedentary lifestyle.

The new WHO report says the rise of diabetes can be slowed through a combination of fiscal policies and legislation, aimed at changing the environment in which people make lifestyle decisions, along with greater public awareness of the need to address the top risk factors for the disease.

The report urges measures to reduce consumption of unhealthy foods, including increased taxes on sugary drinks and front-of-package labelling that alerts consumers to excessive fat, sugar and salt in processed foods.

“Unless urgent action is taken, the world will not reverse this epidemic,” said Alberto Barceló, PAHO Regional Advisor on diabetes.

He noted that WHO member countries have pledged to curb the increase in both diabetes and obesity by 2025.

The new report emphasizes that people with diabetes can live long and healthy lives if their condition is diagnosed early and is well managed.

In some countries of the Americas, however, as many as 40 percent of people who have diabetes do not know it, and 50-70 percent do not have their condition controlled, PAHO said.

It added good management of diabetes is essential to prevent complications and premature death.

“We must ensure that people with diabetes have access to the health care and medicines they need, as well as to education (them) about self-management and interventions that facilitate healthy living,” Barcelo said.

An international forum on diabetes, organized by PAHO and Mexico’s Ministry of Health, is being held in Mexico City on today and tomorrow as part of the 2016 World Health Day campaign.

The event will include the regional launch of WHO’s first Global Report on Diabetes.

The number of people living with diabetes has almost quadrupled since 1980 to 422 million adults, with most living in developing countries.