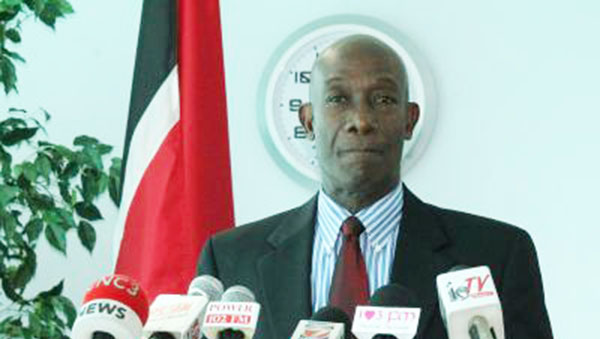 PORT OF SPAIN, Trinidad and Tobago, Apr. 7, (CMC) – Energy and security-related issues are expected to dominate talks next month, when Prime Minister, Dr. Keith Rowley, heads to the United States to meet with US Vice-President, Joe Biden.

This was disclosed during today’s post-Cabinet media briefing, by Minister in the Attorney General and Prime Minister’s office, Stuart Young, who said Rowley will be leaving for Washington on May 2.

The meeting in Washington will be held on May 3 and 4.

From Washington DC, the Prime Minister will go to New York, where he has accepted an invitation to deliver the feature address at Medgar Evers College, on May 5, for the first annual awards dinner, recognizing individuals and corporate contributions.

“The importance of this Medgar Evers College is that T&T nationals account for 23 percent of the College’s international student population,” said Young.

The Prime Minister will then head to the United Kingdom for a meeting with Robert Dudley, the Chief Executive Officer of BP on May 7.

The Prime Minister, who will be accompanied by Minister of Energy, Nicole Olivierre, will continue discussions that had begun between the twin-island republic and BP.

On May 8, the Prime Minister will embark on an official visit to Ghana, on the invitation of President, John Dramani Mahama, who extended the invitation when they met at the Commonwealth Heads of Government Meeting (CHOGM) in Malta.

“This is the continuation and exploration of bilateral discussions between Trinidad and Tobago and Ghana in the areas of investment, such as banking, governance, institutional co-operation and technology transfer, but also for us to explore energy sector-related investments and how we may be able to assist Ghana,” Young said.

According to Young, a private sector contingent has been invited to join the Prime Minister and the list is still being compiled. The Ghana trip will take place from May 8 to 11

From Ghana, the Prime Minister will return to the UK for the Anti-Corruption Summit, called by England’s Prime Minister, David Cameron.

“We are featuring, quite brightly, in the International spotlight in the fight against corruption, and we came for special mention in those meetings, based on contributions we have made at that level,” Young said.

The Prime Minister is scheduled to return on May 14.