New in Pride
Home / National News / Black Lives Matter–Toronto: The Colossal Underestimation Of The Strength Of This Movement 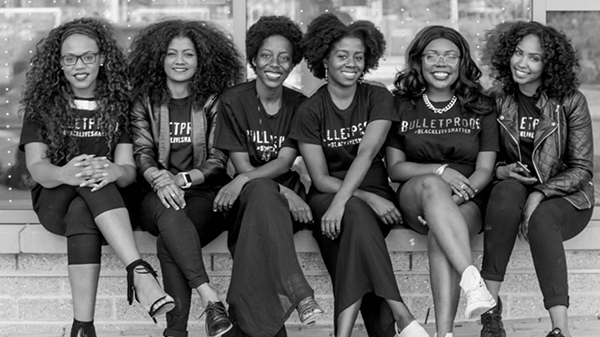 Black Lives Matter–Toronto: The Colossal Underestimation Of The Strength Of This Movement

“Allah, give me the strength not to cuss/kill these men and white folks out here today. Plz plz plz”.

It was supposed to have been the tweet that could almost have stopped the earth from rotating.

The tweet that could be spun, twisted and manipulated by mainstream media into the distraction that would make the city forget that, on July 5, 2015, Andrew Loku, a 45-year-old father of five with a history of mental illness, was shot dead by Toronto police, only minutes after they arrived on the scene.

We were supposed to have forgotten that on September 24, 2014, Jermaine Anthony Carby was shot and killed by a Peel Regional Police officer in Brampton, and neither of the officers involved will be charged with a crime.

We were supposed to have overlooked names like Sophia Cook, Wade Lawson, Lester Donaldson and others, who received what many in Canada’s Black community would describe as an unjust and unnecessary level of violence via the barrel of a police officer’s gun.

Finally, we should have not even been aware that Jean-Pierre Bony and Fredy Villanueva both unarmed Black or Brown men were recently killed by the hands of police in Quebec.

We were supposed to have turned our attention to the leaders of Black Lives Matter-Toronto (BLMTO) and question their ability to lead, as we fall in line with the belief we were presented with.

A belief that says that the leaders of BLMTO, while under the immense pressure that comes with constructing societal change, are somehow not permitted to pray for restraint as they press forward.

“Why are you doing this story?” asked Sandy Hudson, co-founder of BLMTO, in an interview with veteran CP24 news reporter, Jee-Yun Lee.

Hudson was being interviewed about the tweet — at the beginning of this column — written by co-founder, Yusra Khogali, in February of this year.

Hudson went on to say that, for two weeks, people have been sleeping outside of the Toronto Police Headquarters, under difficult circumstances, protesting deaths in our community and, just the day prior, a Black man was killed by the hand of police in Montreal with not a single story from CP24.

In addition Hudson stated that Ontario Premier, Kathleen Wynne, has committed to reviewing the Special Investigations Unit (SIU) and mainstream media is focusing on a story put forth from a man who has made homophobic tweets, islamophobic tweets and misogynistic tweets in the past.

The BLMTO co-founder added that the same man has effectively managed to manipulate media outlets to switch the story.

Despite repeated attempts by veteran news reporter Lee, to get Hudson to switch the narrative from the police killings of Andrew Loku and Jermaine Anthony Carby and, even with obvious frustration on her face, she was not able to move Hudson from the original narrative of the disproportionate levels of police violence against the Black community.

Was Sandy Hudson supposed to break down under the pressure of the veteran reporter? Was she supposed to run away crying, taking with her the credibility of Black Lives Matter–Toronto?

I don’t have an answer to those questions but, what I am confident of, is that, notwithstanding the young men on the executive of BLMTO on this day, mainstream media clearly underestimated the strength of the Black women who lead the Black Lives Matter–Toronto coalition.

A diamond in its earliest stages is under pressure as it is being formed in the earth. That pressure subsequently produces one of the strongest and most beautiful gems that the earth can provide.

It has been said that in a similar manner, the pressure and adversity experienced in the lives of Black women, produces some of the strongest and most beautiful gems that the Black community has to offer. That gem was what was displayed via Sandy Hudson during the CP24 interview.

As a community, we can never forget that when BLMTO recently set up camp outside of the Metro Toronto Police Headquarters on College Street — protesting the SIU decision not to prosecute the officers involved in Andrew Loku’s shooting or release their names — these “sisters” and “brothers” were beaten up by the police and dragged away from the barrels that safely housed the fires that kept them warm.

Both the barrels and their tents were taken by the police and they were left to protest exposed to the cold.

In response, BLMTO acquired a sound system and a flatbed truck, and organised a demonstration that brought hundreds, if not thousands, of people to the doorsteps of the police headquarters and draped a banner stating “Black Lives Matter–Toronto” over the entrance to the iconic flagship Metro Toronto Police Headquarters.

In many ways the resilience and strength being displayed by BLMTO is comparable to the resilience of those who experienced firsthand segregation and discrimination in the southern United States.

The greater the opposition to the end goal, the stronger the resilience of BLMTO becomes.

Whether they are blocking Toronto’s Allen Expressway, crashing Toronto Mayor John Tory’s Black History Month event for youth, camping out at the Toronto Police Headquarters, or engaging in some other creative form of protest in order to get the message heard, history will not soon forget the “sisters” and “brothers” of BLMTO, who compelled a society to look at its own privilege and acknowledge that, in addition to the other lives, all the Black lives matter as well.